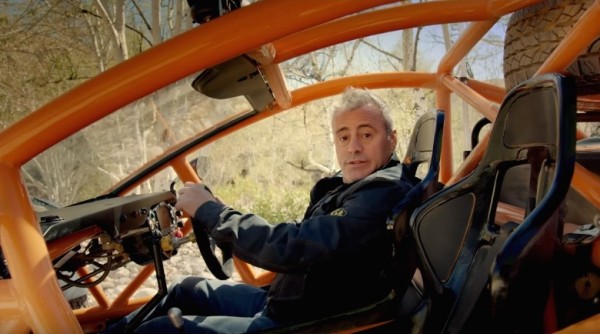 Despite the relentless hatred directed towards them by the loyal old Top Gear fans among the web people, the new Top Gear crew are working hard to present the viewers with a cool and entertaining show when it hit the airwaves next month. In the latest teaser we get a glimpse of what Matt “Joey” LeBlanc will be up to in the first episode of the show.

It’s a proper off-road test of the Ariel Nomad which, in true Top Gear style, he races against a dirt bike. Also in true TG fashion LeBlanc at first struggles with the Nomad because he is American and therefore fat and cannot fit in the lean and mean Ariel. Ha. Ha.

As you’d expect, this teaser, like every other thing the new TG has put online, is getting a heavy dose of the dreaded ‘dislike’ on the social media. On top of this, every other day we hear about some kind of trouble or controversy among the production crew, with the latest being a feud between lead host Chris Evans and Matt LeBlanc regarding a stunt the latter pulled off in London the other way which Evans was not aware of.