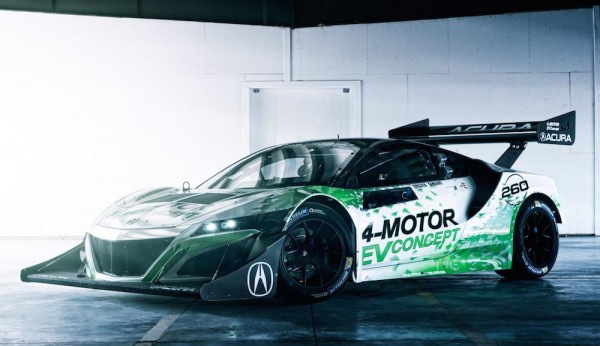 As promised, Acura unveiled a one-off electric concept car that will join the two production NSX models at this year’s Pikes Peak International Hill Climb challenge. The racing Acura EV Concept is basically an electric NSX and it will compete in the Exhibition class.

The reason for Acura’s going to such a length and build an electric car for a hill climb has do to with the company’s ongoing efforts in developing a high performance electric drivetrain. This will not only benefit their regular EV models of the future, it will inevitably result in the launch of an all-electric version of the NSX. 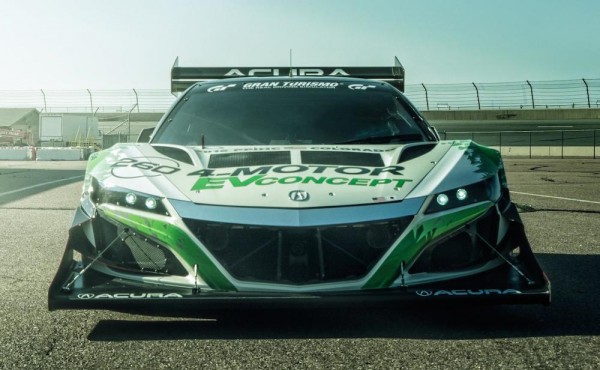 The electric drivetrain the powers Pikes Peak’s Acura EV Concept already is production-worthy what with a 4-motor Super Handling All-Wheel Drive system and four-wheel independent torque allocation. Figures are yet to be announced, but they say this powertrain produces three times the total system output of last year’s electric prototype. Acura has also built a cool racing NSX body for this car. 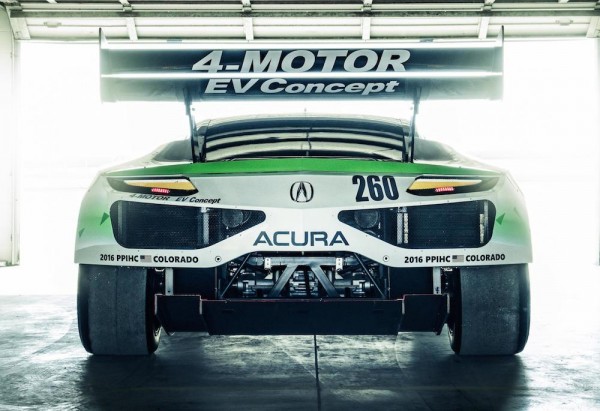 “We’ve been tuning the car for several weeks at Pikes and have advanced its performance significantly,” said Tetsuya Yamano, the driver who campaigned last year’s CR-Z-based electric prototype. “We’re honored to be running at Pikes in this historical, anniversary year – an event respected by racing fans all over the world.” 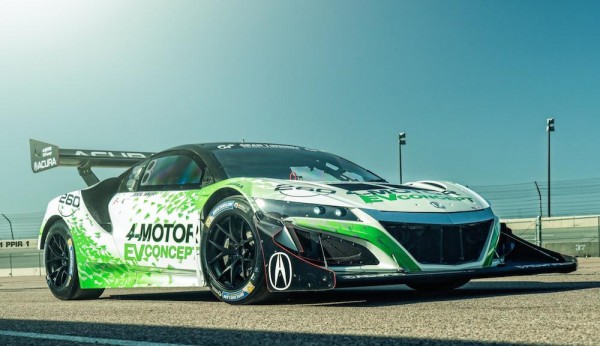