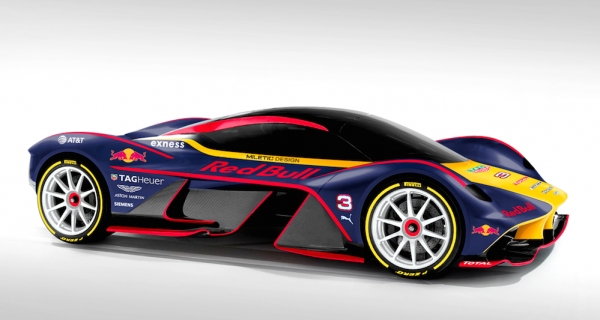 So Aston Martin’s new hyper car, built in partnership with Red Bull’s F1 division, has finally been revealed, and truth be told it was a but underwhelming in terms of design. Turns out they had picked a terrible color to present the car in. Aston Martin AM-RB 001 looks its best in Red Bull’s own official colors.

So while Aston gets around painting the 001 in these colors, check out this excellent rendering in which Miletic Design has wrapped the hypercar in the official livery of Red Bull F1 cars complete with Pirelli tires and everything. Granted, one would look catastrophically dorky driving around in a car that looks like a bottle of energy drink, but hey, it’s still an Aston.

Aston Martin AM-RB 001 is still a work in progress, but what its designers and engineers are promising sound highly intriguing. 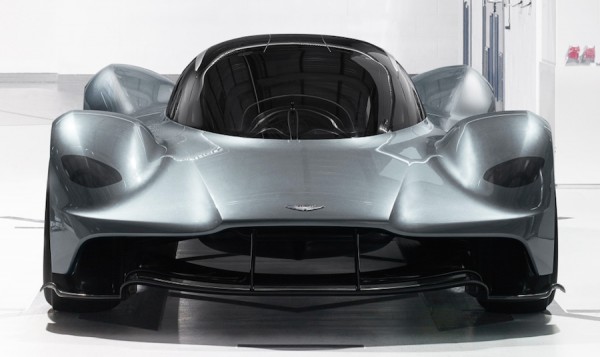 Adrian Newey, Red Bull Racing’s Chief Technical Officer, says of the AM-RB 001 project: “I’ve long harboured the desire to design a road car. The formation of Red Bull Advanced Technologies brought me a step closer to realising that ambition, but I believed we should work with an automotive manufacturer. Aston Martin was at the top of my list. The synergy between Red Bull Racing and Aston Martin is clear. I knew Red Bull Racing had the ability to handle the pure performance aspects, but Aston Martin’s experience of making beautiful, fast and comfortable GT cars is of great benefit to the project. I’ve always been adamant that the AM-RB 001 should be a true road car that’s also capable of extreme performance on track, and this means it really has to be a car of two characters. That’s the secret we’re trying to put into this car – the technology that allows it to be docile and comfortable, but with immense outright capabilities.”