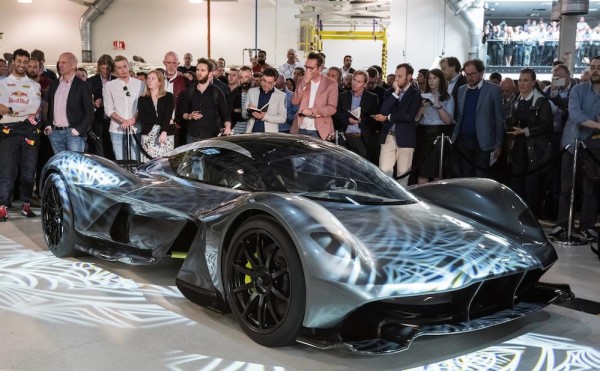 The long-awaited Aston Martin and Red Bull Racing hyper car has finally been revealed in form of a long and low and sleek speed machine called Aston Martin AM-RB 001. It’s a road car, the AM-RB, but it also has immense track capabilities inspired by the world of Formula One.

They are of course developing a track-only version of the Aston Martin AM-RB 001 mainly because the Vulcan experience has been so successful. But even the road-going version is very close to a LMP1 racer, especially as it seems to have something of vintage Aston Martin race cars about its design.

Built from carbon fiber with radical aerodynamics, the AM-RB 001 is the love child of three great men (it’s not what you think – we mean spiritual love child) — Adrian Newey, Red Bull Racing’s Chief Technical Officer and the world’s most successful F1 designer, and Marek Reichman, Aston Martin EVP and Chief Creative Officer and David King, VP and Chief Special Operations Officer. Powering this beast is a new, mid-mounted, high-revving, naturally aspirated V12 engine. They have not revealed yet how much power the new engine in Aston Martin AM-RB 001 makes, but they do claim it has the potential to achieve a 1:1 power-to-weight ratio; 1 bhp per kilo of weight. So watch out Koenigsegg One:1. 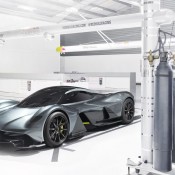 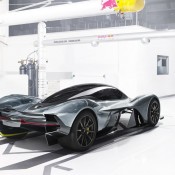 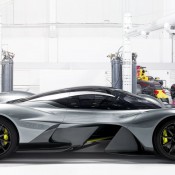 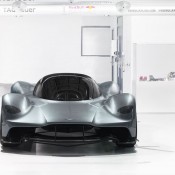 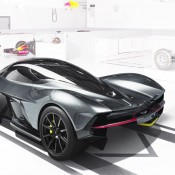 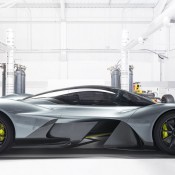 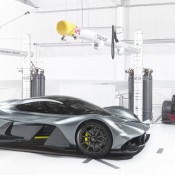 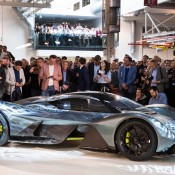 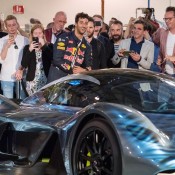 Aston Martin and Red Bull are steaming ahead with the production plans for the 001. Total volume will be between 99 and 150 road cars inclusive of all remaining prototypes and 25 track-only versions, with first deliveries commencing in 2018.