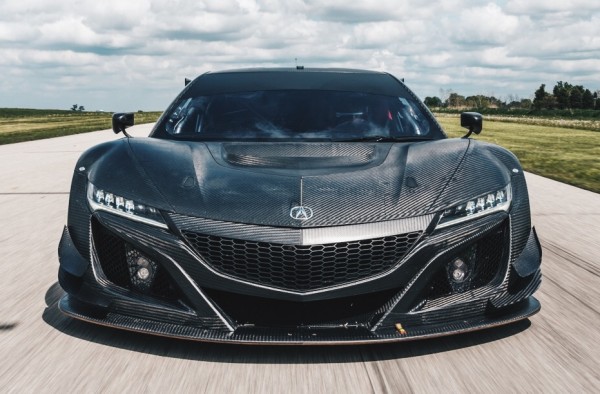 They didn’t make that much fuss about it, but the near production Acura NSX that entered Pikes Peak won the event in the Time Attack 2 class. Now emboldened by that achievement the car maker has revealed the first images of the Acura NSX GT3 which is set to compete in FIA GT3 class beginning from 2017.

Just like the Pikes Peak contender, Acura NSX GT3 too has close ties to the production version. There is no mistaking where this bad boy comes from what with that unique design – penned by an American girl. Actually, one might mistake this car for a tricked-out version of the road NSX, seeing the naked carbon fiber body and that massive aero kit.

What that kit is though – consisting of a large deck wing spoiler, underbody diffuser and enlarged hood vents for efficient engine cooling – is a FIA-issued racing aero kit designed for maximum downforce. Acura NSX GT3 also gets a 6-speed, sequential-shift racing gearbox and a rear-drive chassis, but the engine is the same 3.5-liter, 75-degree, twin turbocharged DOHC V-6 unit you find in the road car. 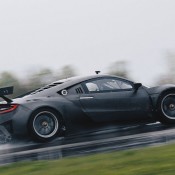 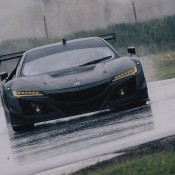 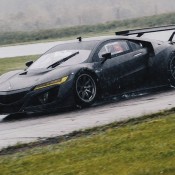 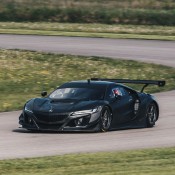 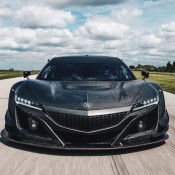 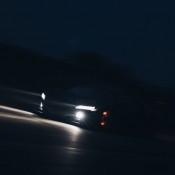 “Building on the very solid foundation of the production NSX, we’re making steady progress in our development and looking forward to campaigning the GT3 racecar next year,” said Art St. Cyr, president of Honda Performance Development.