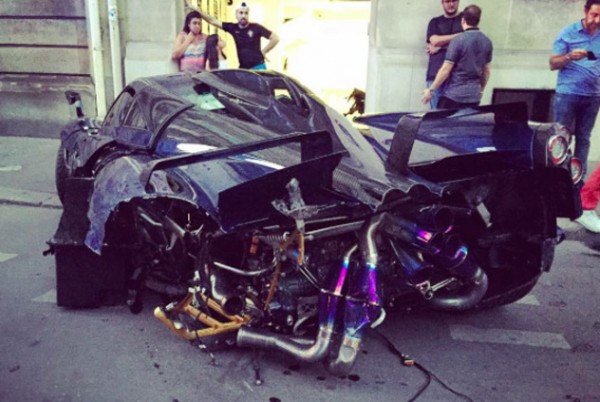 I think it is fair to say that it hasn’t been a good week for rare hyper cars as another one of them bites the dust. After a Koenigsegg One:1 got totaled at the Nurburgring, photos emerged of the one-off Pagani Huayra Pearl in a sorry state, having suffered tremendous damage in a Paris accident.

A lot of the rich folks have romantic ideas about driving their unique hyper cars around Paris. It is sort of a new kind of Chivalry, if you will. But you see, they are badly mistaken because Paris with its traffic, multitude of small and dented cars, and drivers drunk on wine and baguette, is probably the worst place for a wide and low and precious super automobile. And now look what’s happened. 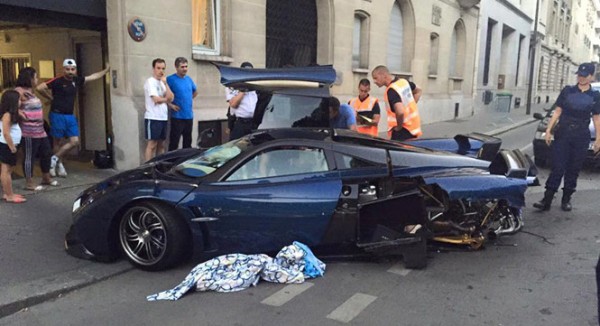 The good news is, Pagani Huayra Pearl is not as totaled as that One:1. The bad news is, it is going to be a long while before we see it on the streets again. The rear end of the car is pretty much demolished and it’s taken out one side’s suspension, wheel, and other attachments and may have damaged the engine as well. It is also going to be a very costly fix, but that doesn’t really matter because this car belongs to a royal Saudi with one of those magic infinite wallets. 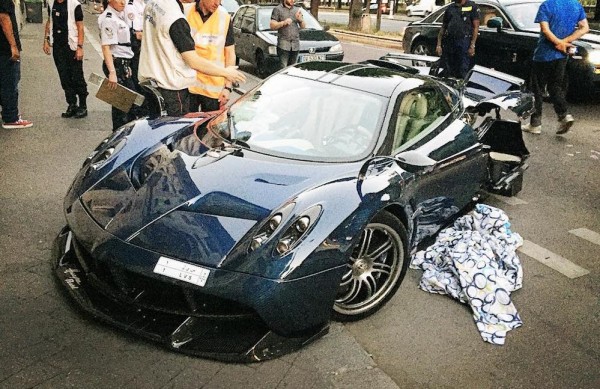 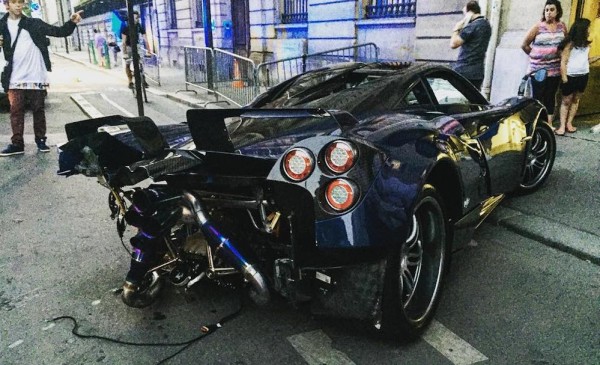