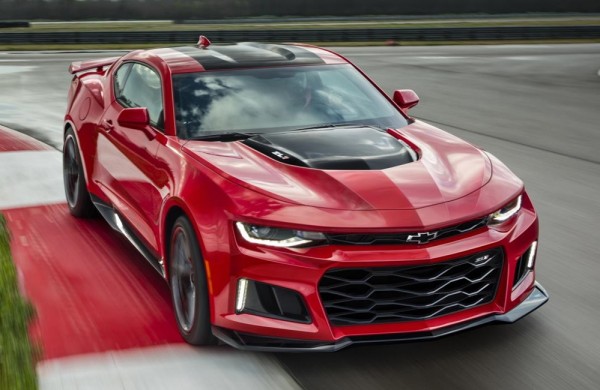 The high-performance variants of the Chevy Camaro have always been the best horsepower bargains in the market. That cannot be said of the new 2017 Camaro ZL1, since it starts at $62,135 for the coupe and $69,135 for the convertible. Mind you, no other car offers 650 horsepower for this kind of money.

So while the 2017 Camaro ZL1 might be not as affordable as a lot of people have been hoping, it is still a helluva bargain so far as the bang for buck factor is concerned. The muscle monster packs a supercharged LT4 6.2L V-8 engine with, as mentioned 650 horsepower which makes possible a 0 to 60 mph time of 3.5 seconds, a quarter-mile time of 11.4 seconds at 127 mph, and maximum cornering force of 1.02 g before the back starts to slide. 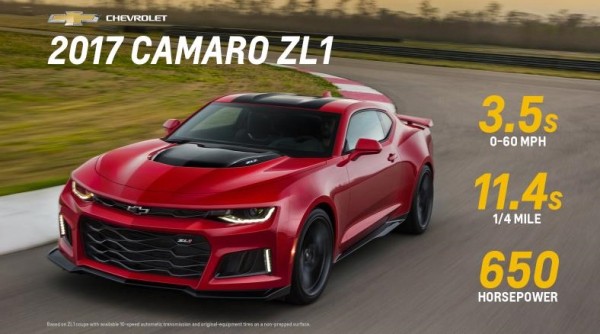 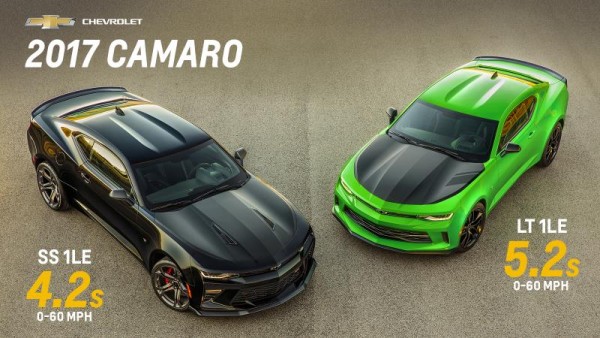 In addition to the 2017 Camaro ZL1, Chevrolet has also revealed the pricing for the latest 1LE package which is for those who want to spice up their normal Camaros. The main highlights of the kit include Camaro SS’s FE3 suspension for LT models and ZL1’s electronic limited-slip differential and FE4 suspension with Magnetic Ride dampers for the SS models. The package is priced at $4,500 MSRP on Camaro V-6 LT coupe models and $6,500 on the V-8 1SS coupe model.