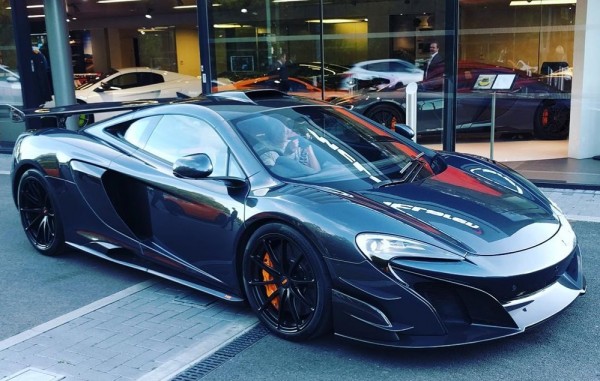 So what we were supposed to call the McLaren 688 HS is now being delivered to its buyers as the limited edition McLaren MSO HS, and here’s the first example collected by the owner. Built mainly to show off the capabilities of McLaren’s Special Operations unit, the HS is the ultimate expression of what the 650 Super Series can be.

In terms of technicalities, McLaren MSO HS slots above the 675 LT in the range, boasting a 680 horsepower engine and more elaborate aero works inspired by the GT3 racing version of the car. Each MSO HS is bespoke to its owner as far as paint work and interior trim are concerned, and the owner of this one has gone for a very sober, very generic grey exterior with Alcantara grey interior garnished with just a little bit of McLaren Orange here and there. Maybe this fella is more interested in how the car drives than how it looks. In other words, he is not a showoff.

McLaren MSO HS is limited to 25 units, all of which already sold. But don’t despair if you want one. We’re sure many of those 25 will soon hit luxury dealerships around the world, ready to go home with whoever writes a bigger check for it.