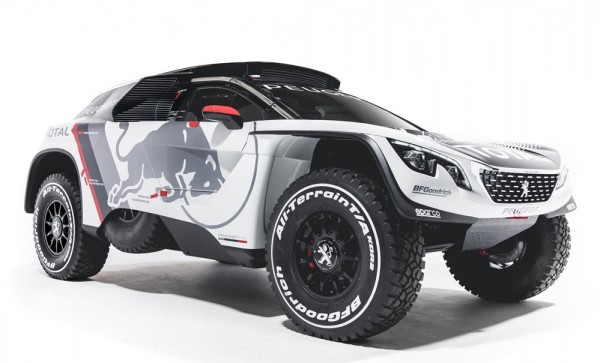 Building on the success, and the vicious looks, of last year’s 2008 DKR, Peugeot has now come up with a new Dakar Rally contender that shows the company can make cool looking stuff if they feel like it. Peugeot 3008 DKR also improves on the 2008 in a number of key aspects.

Set for debut at the upcoming Paris Motor Show before getting dispatched for this year’s Silk Way Rally to Team Peugeot Total and Red Bull, the new Peugeot 3008 DKR is a two-wheel-drive rally car like its predecessor, but it has better reliability, drivability, suspension, and air conditioning. These are the improvements Peugeot believes will guarantee the success of the new challenger in one of the world’s toughest rallies.

So Peugeot 3008 DKR has now a smaller restrictor on its 3.0-litre V6 twin-turbodiesel engine which gives an extra 20 horsepower, it has tougher mechanical and electronic systems, the suspension has revised geometry and dampers, and it comes with a new air con which helps the drivers, Stéphane Peterhansel, Carlos Sainz, Sébastien Loeb and Cyril Despres, be a lot more comfortable than before. We can’t see to see this beast in action. 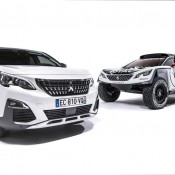 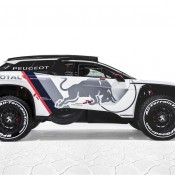 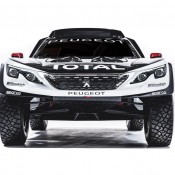 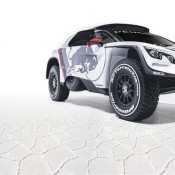 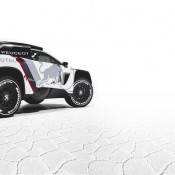 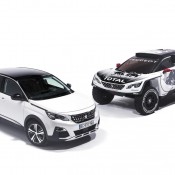 “The new 3008 symbolises the next step,” said team director Bruno Famin. “Our goal with this car was to take the weaker points of the existing car and make them stronger, while capitalising on all the existing strengths to improve them still further. There are also some new regulations, which we obviously needed to comply with.”