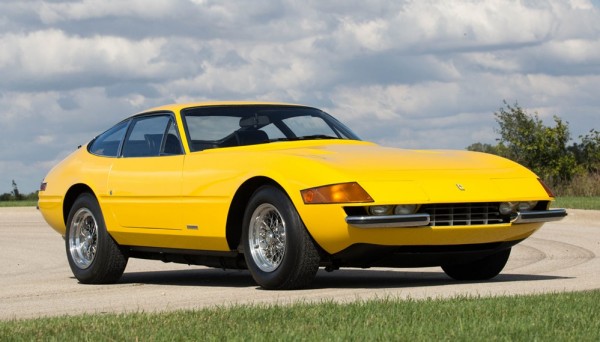 Following an immensely successful event at Monterey a couple of months ago, Mecum Auctions is now gearing up for another big sales event in Dallas, Texas. This being a Dallas event, the focus of the 1,000-car auction is more on the muscle cars and custom hotrods, but there are a fair few European gems in there as well, such as this gorgeous 1973 Ferrari Daytona 365 GTB/4.

Estimated at $650,000 to $800,000, this yellow 1973 Ferrari Daytona has all the right specs for a GTB enthusiast. The car has the original 4,390cc DOHC V-12 engine with the six Weber carburetors and a five-speed gearbox, the coveted Borrani chrome wire wheels, disc brakes, black leather interior, air conditioning, power windows and all the original documentations.

This Daytona has covered only 48,760 miles since new, 8,000 miles of which after it was subjected to a thorough restoration. Making this 1973 Ferrari Daytona even more desirable as a collector’s item is the awards it has won over the course of its life, including Ferrari Concours Platinum Award in 1998. We won’t be surprised at all if it goes for well over a million dollars, but that said, if we were in the market for a Daytona we’d go for a drop-top version because it just looks that much cooler. 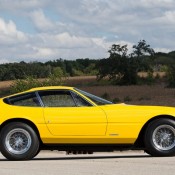 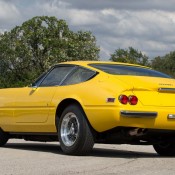 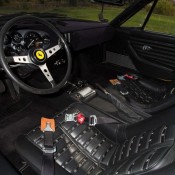 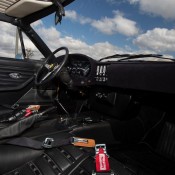 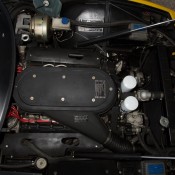 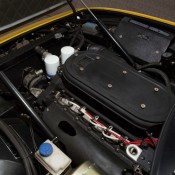 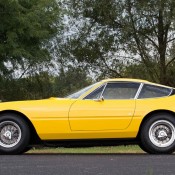 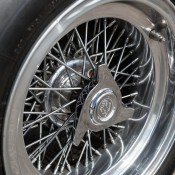 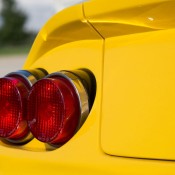 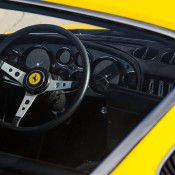 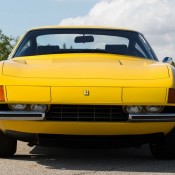 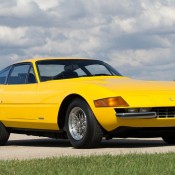