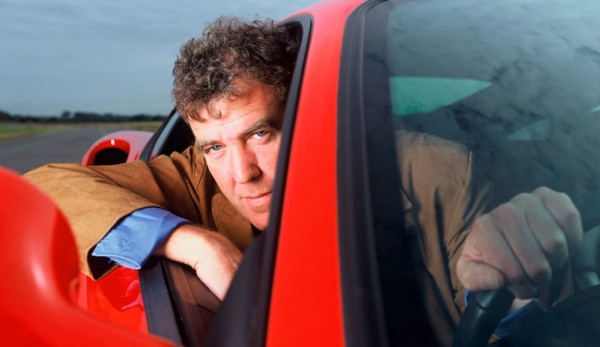 With the premiere of the new Grand Tour motoring show just around the corner, everybody is speculating what it will be like and if it will live up to the high expectations people have developed after nearly fifteen years with Top Gear. But there is no need for all that. The answer is clear. The thing is going to be ace for the same reason Top Gear was ace: Jeremy Clarkson.

As much as we love the other two presenters, Richard Hammond and James May, there is no denying that they are both replaceable – Richard with a small man who shouts a lot and James with… well, a wall, or C3P0 in a wig. You can have Top Gear, or Grand Tour for that matter, without them. But you can’t have it without good old Clarki. He is the backbone, the X factor, the magic juice, what makes the piece what it is.

And he has managed to achieve this prominent position as a journalist and a broadcaster despite being, in essence, a rude, racist, weird-looking, chain-smoking, climate change-denying lout who uses slurs like they were greetings and punches people because his food’s gone cold. A man like this should have no place in the media. More importantly, we should not like such a man… this self-confessed idiot who has the mental maturity of an eight-year-old. And yet, exactly because of these qualities, Jeremy Clarkson is the best thing many people have seen on television in a long, long time.

Of course, Jezza wasn’t always like this. Back in the early 90s when he joined the old, old Top Gear he was a frizzy-haired journalist with a high-pitched voice who got into writing about cars because somebody told him he could get a free car for the week if he did so. Even in 2002 when he was put in charge of the revived Top Gear and teamed up with Andy Wilman for the revamped version that went on to become this global phenomenon he was still a proper car geek and a bit of a gentleman. Sure, he had his kinks – like buying an old fighter jet as a garden ornament, or going around the world in 24 hours switching one plane for another – but he didn’t have much in the way of “baggage”.

As his fame and fortune grew along with the popularity of his show, however, The Clarkson’s ego grew larger as well and he became louder, ruder, and more and more politically incorrect. And while these shifts toward excessive self-indulgence would have ruined any other celebrity, what they did to Jezza was make him more loveable. Even the most recent indiscretion which got him fired from the BBC and put an end to his version of Top Gear after 22 seasons failed to drive away the fans. They are now eagerly awaiting his return on the new show, hoping for more of the same. He’s kind of like Donald Trump in that sense.

So no, we should not like Jeremy ‘The Brute’ Clarkson. But we do, and we can’t wait to see what new bigotry, yobbishness, and racism he is going to introduce to Amazon Prime. The question now is for how long Clarki will be able to maintain his flow? Not that it takes him an effort to be an arse. It’s just who he is. But he’s getting on a bit and it will get harder for him pulling the same shenanigans that made him a star. As corny as it sounds, we would like to remember him at his best. It’d be awful if he goes out with a rubbish spectacle. After all, when you mention Elvis to people the first thing they recall about him is death on the toilet while crapping hamburgers.

The Grand Tour needs to be really, really good.