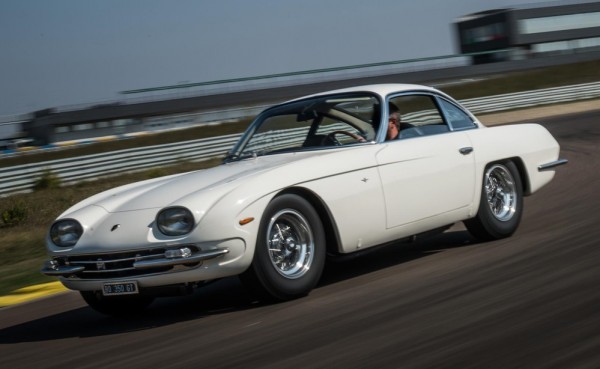 Before they become an exclusive builder of hunkered down super cars, Lamborghini was an avid GT maker and in the early years they produced wonderful model like the Lamborghini 350 GT. One of the first examples of the one of the first Lamborghini products has now restored to its original glory, preserving the GT spirit of the brand and reminding the current brass they should give this segment another shot.

Restored by Lamborghini PoloStorico with over 1150 specialist hours’ work on the body and interior and 780 hours on mechanical and electrical functions, the Lamborghini 350 GT chassis #0121 uses only Lamborghini Original Spare Parts and is built to such a high standard, it drives better now than when it left the factory in 1964. The owner demanded the handover the his car to take place at Autodromo di Modena circuit in the presence of the first owner, which by Lamborghini PoloStorico obliged and to prove their craftsmanship also drove the car for 80 kilometers on the race track without a single glitch.

This super fine Lamborghini 350 GT has had its chassis and body panels were returned to their original geometry and its engine and cooling system, the braking system as well as the fuel system revised for better functioning. The black leather was refurbished using classic methods and while wooden steering wheel, original accelerator, clutch and brake pedals have all been restored, they have retained some of the wear and tear for the sake of patina. The car also took 22 layers of paint with wet sanding by hand in between each layer, got new Pirelli Cinturato on its refurbished rims, but the radio was not touched and it operates the same it did back in 64! 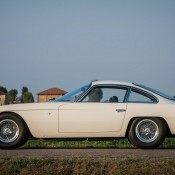 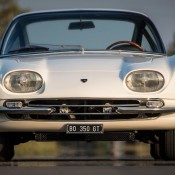 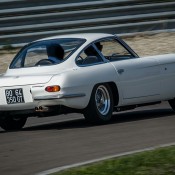 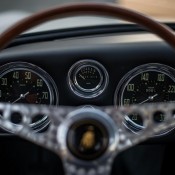 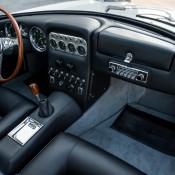 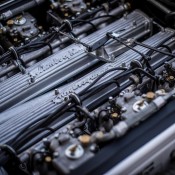