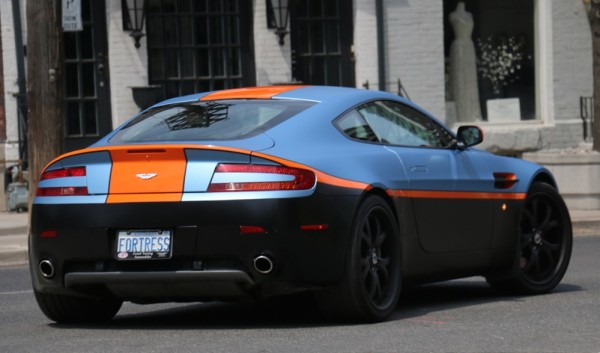 We have seen many different takes on the iconic Gulf livery, from a pop art interpretation of it to cool rusted depictions of the legendary colors. But we have never before seen a semi-Gulf livery, which is what’s featured on this Aston Martin Vantage sighted in Toronto.

What’s happened here, we reckon, is that the owner sent his car to be wrapped in Gulf colors to an amateur wrapper who tried to recreate the livery as it was described to him over the phone. It must have been like “yeah, it’s kind of baby blue but there’s also some black, and oh, there’s lots of orange bits in the middle.” And that is how he ended up with a faux gulf livery on his exotic sports car.

Still, this unusual take on Gulf colors is still rather nice to look at, even though purists are going to scoff at it for being a fake, total rubbish. They probably should have stopped when they turned the Vantage into a two-tone baby blue and matte black, as it would have made the car unique enough. Applying the orange accents has added some spice to the whole thing, but it’s also opened the whole thing to just criticism. 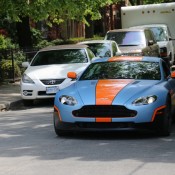 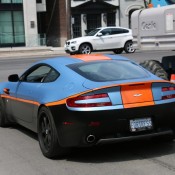 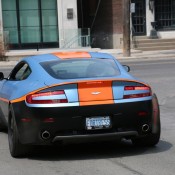 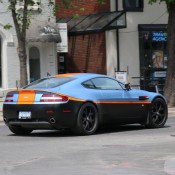 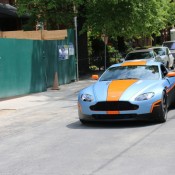 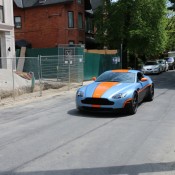 Photos by Gabriel Styrczula via Autogespot