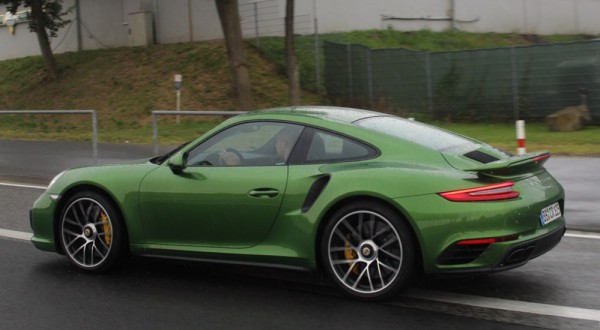 Porsche may not be as active as some of their rivals in terms of offering cool and lively colors, but every once in a while they come up with a special paint job that blows all the competition out of the water. Take this Java Green Porsche 991 Turbo S, for example. None of the fancy McLaren 675LTs we’ve seen so far looks as special as this thing.

Now, some of you may argue that the Turbo, especially this Mk II face-lifted version, is not the best looking 911, and we would agree with you. There is just too much fuss in the design of this car, what with all the air ducts and wings and skirts. But you have to admit there is something quite charming about this Java Green Porsche 991 Turbo S, which means that color is doing much of the heavy lifting. And, of course, Porsche Exclusive only offers these special paint works for high-end models like the Turbo or GT3 RS.

Packing a 580 horsepower twin-turbo flat-six engine, the latest Porsche 991 Turbo S is one of the most lavishly equipped variants of the 911, which is why it isn’t the most popular with Porsche purists. Those guys prefer their 911 raw and simple, with rear-wheel-drive, and manual gearbox when possible. The Turbo is for the rich dentist and stock broker who just want a top-of-the-line Porsche with all the bells and whistles. 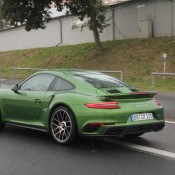 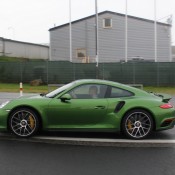 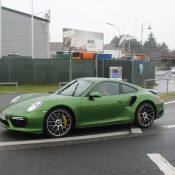 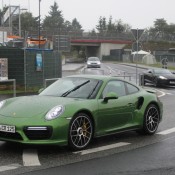 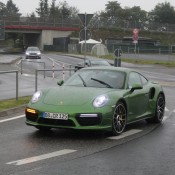 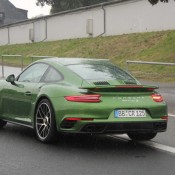