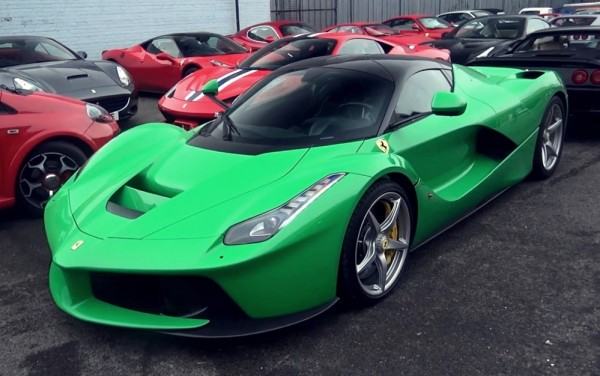 What was it James May said in the first episode of the Grand Tour about the Ferrari LaFerrari having no electric-only driving mode? Well, he must have been wrong or misinformed, because, unless our ears are playing tricks on us, in this video here we see Jay Kay’s famous green LaFerrari drive around a parking lot in complete silence, which is a telltale sign of electric drive.

In May’s defense, the electric drive mode is said to be an extra option offered to only a number of high-profile LaFerrari buyers. That sounds strange, but then again it is not the first time Ferrari has pulled off silly tricks on their customers. All we know for sure is that Jay Kay is one of the lucky one whose LaFezza is fitted with the option.

Now some of you may think that having a full electric mode on a car like the LaFerrari is pointless because it is pretty much useless. But is it? Of course, if you are a rich, inconsiderate douchebag who doesn’t care about anyone else but himself you might not see the point. But a gentleman would use the electric mode when he is driving around the town or getting in and out of his house so as not to disturb the neighbors and passers-by who may not share his passion for loud super cars.