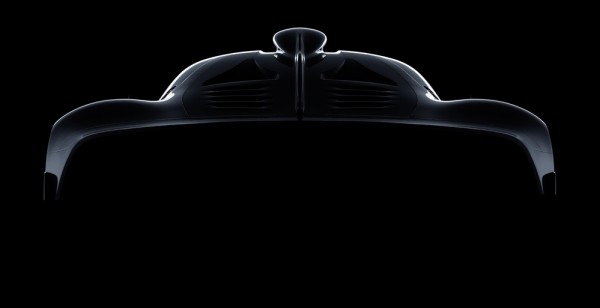 The top brass at Daimler has been pondering the idea of an AMG hypercar for quite a while. But something happened to them toward the end of 2016 that made them say the hell with it, let’s just go ahead and make the thing already. And so was born the first Mercedes-AMG Hypercar, although it is still very much an embryo.

Set for debut at the next Frankfurt Motor Show, the Mercedes-AMG Hypercar which is codenamed Project One will be akin in character and probably performance to Aston Martin’s AM-RB 001. Mercedes and Aston, as you know, have entered into a fruitful relationship this year and it makes sense for them to share ideas and technological know-how with the Brits supplying the former and the German taking care of the latter.

At any rate, the Mercedes-AMG Hypercar is said to offer “unadulterated Formula 1 technology for the road,” with a real F1 hybrid powertrain adapted for road use. So although it won’t be a V8 – try 1.6 liter boosted with an electric motor – it will still develop over 1000 hp with four-wheel drive with all-electric front axle. Performance-wise, you can expect the car to deliver the same sort of numbers as the current hybrid hyper cars like LaFerrari or McLaren P1, although we have to say judging by the teasers AMG’s hyper machine is going to look a helluva lot more serious.