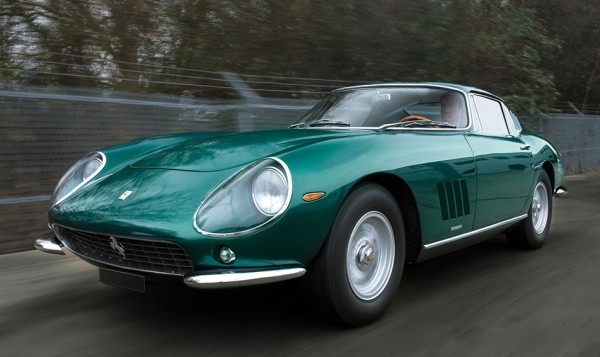 These days GTB Ferraris are better investments than gold and bonds and property. And that is why we reckon this awesome 1965 Ferrari 275 GTB Scaglietti will go for more than its estimate of €1,800,000 to €2,200,000 when RM Sotheby’s auctioneers drop the hammer on it at their February 8 event.

The soberly restored and maintained apple green 1965 Ferrari 275 GTB Scaglietti, one of only 250 examples ever built, boasts its original 3.3 liter SOHC triple Weber carb V12 engine with the original five-speed manual transaxle. It is Ferrari Classiche certified which means you can be sure fully independent coil-spring suspension with upper and lower wishbones, Koni tubular shock absorbers, and four-wheel Dunlop disc brakes and every other bit is in tiptop condition and as it was when the car first rolled off the production line. 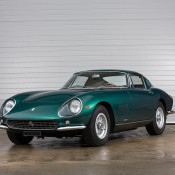 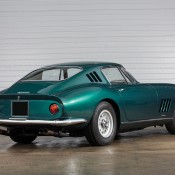 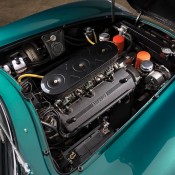 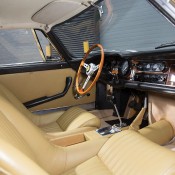 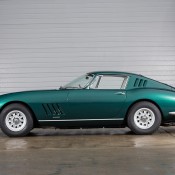 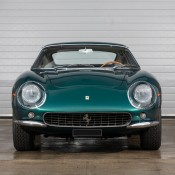 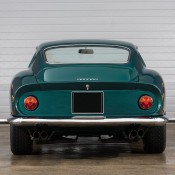 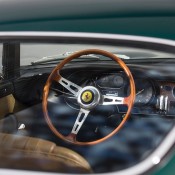 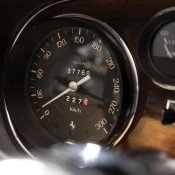 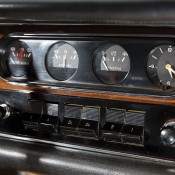 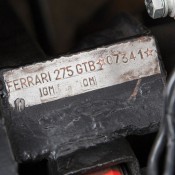 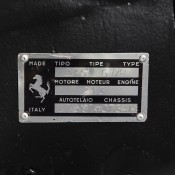 But as always with these cars, it is the history that counts more than the features and even health of the item. Here’s the story of this Ferrari 275 GTB Scaglietti in brief as related by RM Sotheby’s:

Just one year after the initial debut of the 275 GTB, a second-series example was premiered with a slightly longer nose, a modification intended to help aid aerodynamic downforce at high speed. Despite the technical improvements, many enthusiasts prefer the first-series car’s proportions and purity of design, and early short-nose examples remain highly sought after by collectors, with only approximately 250 examples built.

Originally delivered to the official Ferrari dealer Rugico of Madrid, Spain, in 1965, chassis number 07341 was born as a short-nose 275 GTB, finished in the lovely and seldom-seen colour combination of Verde Pino (106-G-30) over a Beige (VM 3218) Connolly leather interior. By 1966, the car had been sold to a resident of Switzerland and was registered on Swiss license plates ‘GE 57243’, according to Ferrari historian Marcel Massini. It returned back to the factory on 6 May 1966, where it was serviced and its odometer was recorded as showing 10,755 kilometres from new.

While the majority of the car’s early history remains unknown, it was acquired by Joaquim Folch of Barcelona, Spain, in August of 1989. By this time, the 275 GTB had been refinished in red with a yellow stripe and was pictured in the book Collector’s Garage wearing this livery. The car remained in his ownership until at least 2006, when it was certified by Ferrari Classiche; shortly thereafter, the yellow stripe was removed and the car was repainted red throughout. After leaving Folch’s ownership, the car was sold to the United Kingdom, where it was returned to its original colour combination. The car is accompanied by a file that includes its certification binder from Ferrari Classiche, as well as a handful of service invoices from DK Engineering and Joe Macari.