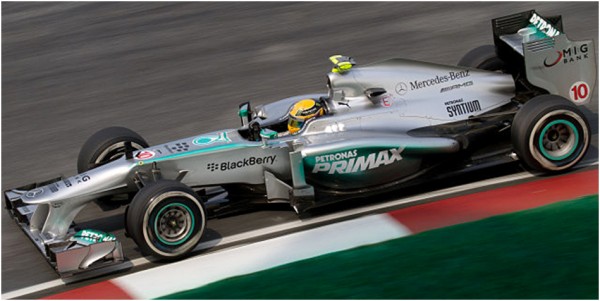 There are always a few changes in rules and regulations at the start of a new Formula One season, but 2017 sees many more changes than usual. Many of the new rules have been introduced to try and decrease lap times and improve speeds around corners. Overtaking will also be more difficult. Some of the most crucial regulation changes are explained below.

Cars and Tires are Wider

The size of the car will increase by 20cms and this also allows wider tires to be used on the cars. Cars this season will be 20% wider than they were previously. The change regarding the tires has been introduces solely to increase the grip on the track when cornering. This will allow the corners to be taken at greater speeds. When drivers take corners at great speed it can be exciting to watch as there is also that element of danger. This is similar to the feeling that players get when they are waiting for the slots to settle at 7 Sultans online casino.

Nose Will Be Lengthened

The nose of the cars this season will be longer and they will also be more pointed. Again, this is a change to make the car more aerodynamic. A longer, pointier nose is a good start but the extra 20cm that this provides also allows other aerodynamic improvements to be made to the car. All of this work can help create extra downforce on the car.

Bargeboards were removed from cars as part of the 2009 regulations but they have been reintroduced for this season. They have no structural function on the car but they are very useful in terms of aerodynamics. They can be used by the car designers to create more of a downward force which will help to keep the car on the track.

Rear Wings Have Been Lowered

The overall height of the cars have not changed this season but the rear wings of the cars have been lowered and widened. They have also been moved further back on the car to create more of an overhang. This is quite a radical change to the cars and will make them look quite different to previous seasons.

It remains to be seen whether these changes will have the desired effect and whether fans will appreciate the changes that have been made. If you do not want to wait until the end of March to experience the excitement of Formula One then you can rev your engines in the Good to Go video slot game at 7 Sultans online casino.

There is no German Grand Prix for this season and this has not been replaced so the number of races has fallen from 21 to 20. The rule from last season that a driver could only have four engines if the season had 20 races or fewer does not apply this season and this is one of the main reasons why no replacement for the German race has been sought. There were some concerns that the US Grand Prix may not make it to this season but these problems now seem to be resolved.