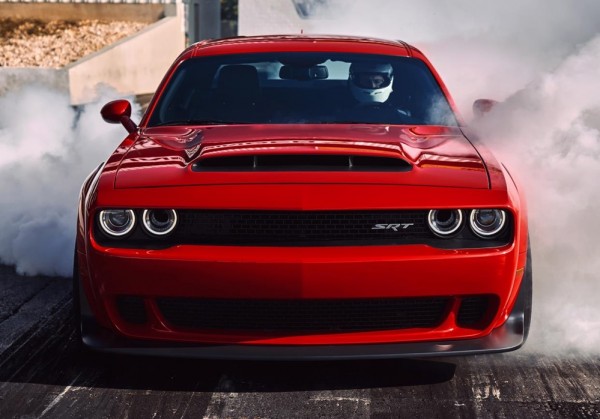 It felt like ages, but hours ago in New York the long awaited 2018 Dodge Challenger Demon finally broke cover and we are glad to report the wait has been well worth it because this thing is so dope… at least on paper. The specs beggars belief: 840 horsepower, 770 pounds-feet of torque, 0-30 mph: 1.0 second, 0-60 mph: 2.3 seconds, quarter-mile: 9.65 seconds at 140 mph.

Dodge Challenger Demon, then, is the true embodiment of American shock and awe in automotive form. What we have here is a muscle car that is more potent and – at least in street line – faster than most European supercars. Before going any further you need to see the Demon in action and listen to its howl. This car really is demonic!

The 840-horsepower, supercharged 6.2-liter HEMI Demon V-8 makes this version of the Challenger so fast, NHRA has already banned it from competition because it wouldn’t be fair to the others. Dodge Challenger Demon boasts many ‘firsts’ for this class and enjoys bragging rights such as world’s fastest accelerating 0-60 production car, world’s fastest quarter-mile for a production car, and world’s highest output production V8, although the last one might not be an accurate claim.

The muscle car also has the highest g-force acceleration of any production car at1.8 g and features innovative systems such as Air-Grabber induction system with the largest functional hood scoop, first-ever front-wheel lift in production car (2.92 feet), first-ever factory-production car with innovative SRT Power Chiller, After-Run Chiller that keeps cooling the supercharger/charge air cooler after the engine is shut off, first with TransBrake and Torque Reserve for drag racing.

Production of Dodge Challenger SRT Demon begins later this summer with a run of only 3,000 for the United States and 300 for Canada. Pricing is yet to be revealed. 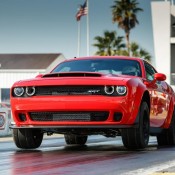 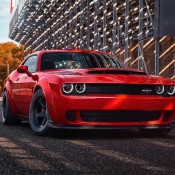 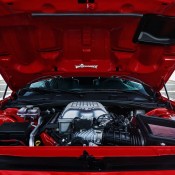 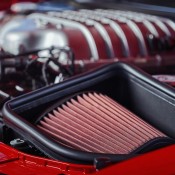 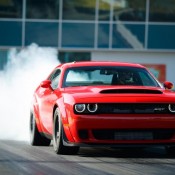 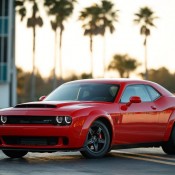 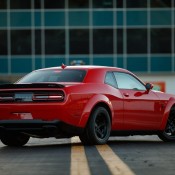 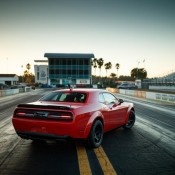 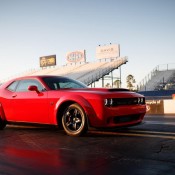