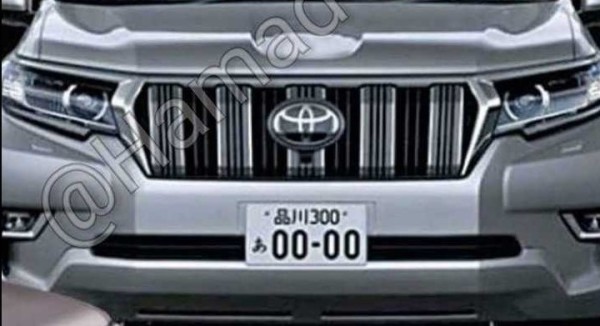 You may not have heard of the Prado in the U.S., but in many parts of the world this SUV, which is a little brother to the mighty Land Cruiser we all know and respect, is a huge hit. That is why the first leaked images of the 2018 Toyota Prado have created a buzz in the auto world.

Nobody, of course, expected a major facelift from the 2018 Toyota Prado and it looks like they are getting one, either. Granted, the front-end is almost entirely new, what with the unique headlights and the massive, almost Lexus-like grille. But the overall shape of the SUV – that taut and muscular body, the flared arches, and the tall profile that bespeaks of excellent off road capability – is pretty much the same as before.

The interior also seems to have been given some new toys and tricks such as a revised center console with new buttons. But we best wait for the official material to know for sure what sort of new features the 2018 Prado is blessed with. The word is the powertrains are also the same as before, with four and six cylinder units depending on the market, but you can expect more power and better efficiency.