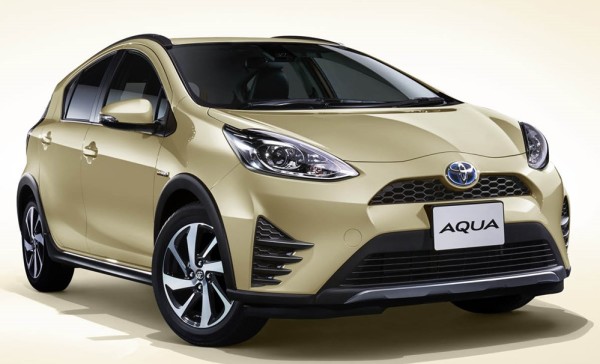 The JDM-only cars – that is, cars from Japanese car makers that only go on sale in their domestic market – are often way too weird and eccentric to work in Europe and America. But every once in a while we come across one of these cars that could potentially do well outside Japan, and this Toyota Prius Crossover is one such thing.

Called Toyota Aqua in Japan, Toyota Prius Crossover is based on the Prius C hatchback and features, among other things, a jacked-up suspension system, slightly larger wheels and tires, and a set of body parts that give it a, sort of, rugged and outdoorsy look. The package consists of front underbody plate, side skirts, fender flares in black, and a rear underguard. None of these, of course, will in any shape or form enhance the vehicle’s offroad-ability, but they do give it a refreshingly sporty look which is what customers really want.

The looks are all that matter with stuff like Toyota Prius Crossover as they are bought predominantly by those who have no need for the capabilities of a real SUV, or a real crossover for that matter, but quite enjoy the styling that comes with it. That is whole foundation upon which the concept of trendy crossovers is built. That is also why the Crossover does not get any special treats in terms of mechanical features and has to make do with the standard, asthmatic, 99 horsepower hybrid powertrain. And forget about AWD or terrain control and other offroady equipment.