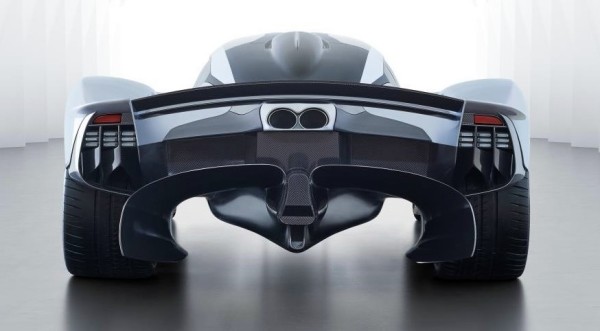 So Aston and Red Bull are finally ready to let us know a little bit further about their awesome new creation, the Aston Martin Valkyrie hypercar. This time they want to discuss the design only, boasting about how they solved the issues they faced combining the Valkyrie’s insane looks with aerodynamic concerns and production considerations.

Whether you like this car or not, there is no denying Aston Martin Valkyrie is an impressive achievement in terms of design. The car looks out of this world from every angle, especially from behind where it appears to be a Martian taxi powered by dark matter and capable of teleportation. The amazing thing is, despite looking utterly loopy, the Valkyrie is not ostentatious and pretentious like some other hypercars we’re not going to name. It is elegant and simple and minimalist, particularly inside the cabin where the main trim is carbon fiber and the controls are located on the steering wheel.

We could go on and on waxing lyrical about Aston Martin Valkyrie and how awesome it is, but let’s introduce some technicality to the discussion by handing over to Aston themselves and let them count the cool highlights of this astonishing machine: