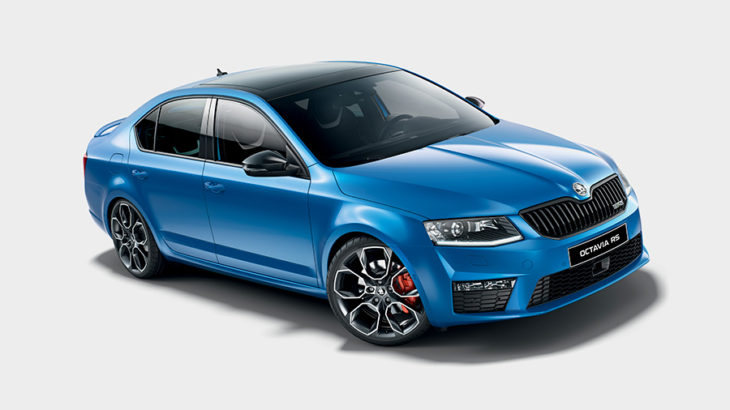 To most people, the “RS” name is usually associated with Audi, representing the designation for their high performance sports cars. But true car enthusiasts know there is another “RS” brand, perhaps not as famous as the German car manufacturer’s “RennSport” brand, but just as fascinating. And we’re talking about Skoda.

14 years ago, the Czech carmaker introduced the Skoda Octavia RS, a sportier version of their popular sedan. The model was extremely well received, since it was an affordable alternative to hot hatches, also offering the interior space of a sedan. For the new Skoda, then a fresh member of the Volkswagen Group, this was an excellent marketing move, but few people know that the Skoda RS history goes way back, to the 1970’s, when Skoda was an auto brand operating behind the infamous Iron Curtain and not too popular outside Czechoslovakia. 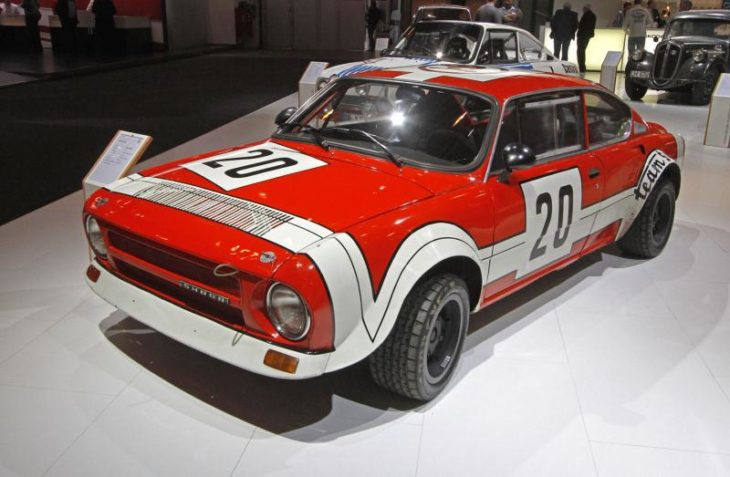 The Skoda RS history starts in 1974, with two models dedicated to racing: the Skoda 180 RS and the Skoda 200 RS. These two cars are regarded by experts as the models that started the RS story, being a result of Skoda’s ambitions to race in different competitions and to make the brand known to people outside the former Czechoslovakia.

In the spring of 1974, after only six months of development, Skoda presented three sports cars, one Skoda 180 RS and two Skoda 200 RS units. The three cars were about to form the Skoda Rally racing team that entered different competitions starting with June 1974, including rally, track racing and hill climb events.

The Skoda 200 RS was powered by a 2.0-liter engine with two Weber 45 DCOE carburetors, that produced 163 hp, was capable of accelerating from 0 to 62 mph (100 km/h) in less than 7 seconds and reached a top speed of 130 mph (210 km/h), performance figures which were incredible for a car built in the former Czechoslovakia. The first transmission used was from a Tatra, but it couldn’t handle the massive power output so the transmission from a Porsche was used in the end.

There was also a Skoda 180 RS version available, powered by a 1.8-liter engine that produced 151 hp and 132 lb-ft (179 Nm) of torque and what’s interesting is that the 1.8-liter and the 2.0-liter engine were interchangeable.

The Skoda 200 RS was an extraordinary racing car, but the car to really start the RS legend was the Skoda 130 RS. Using the experience gathered from the 200 RS project, the Czech carmaker developed a new car, unveiled only a year later, in 1975. Called the Skoda 130 RS, it was specially designed for rally racing and five incredible years followed for the sports car that was soon nicknamed “the Porsche of the East”. 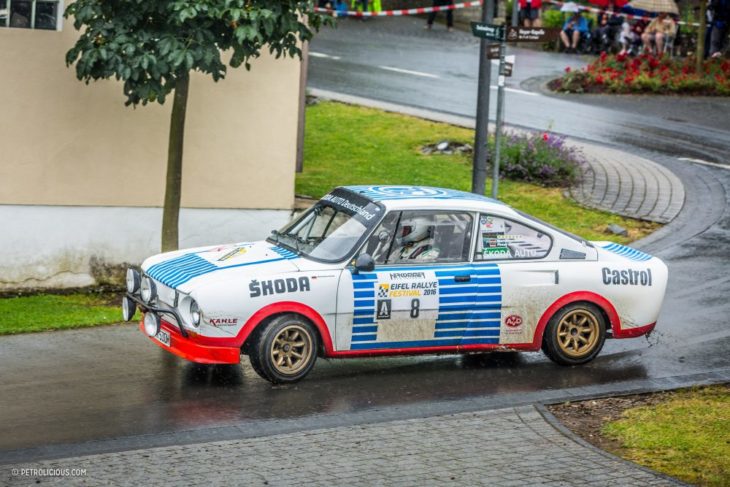 One of the most successful rally cars in the 1970’s, the Skoda 130 RS was powered by a rear mounted 1.3-liter four-cylinder engine that featured a pair of Weber carburetors and produced 140 hp. Despite the body having been modified, the Skoda 130 RS remained a compact car that was 4 meters long, 1.72 meters wide and just 1.34 meters tall. Top speed was around 137 mph (220 km/h) and it was achieved thanks to an extreme weight dropping treatment. The fenders were made from fiberglass, the bonnet, roof and exterior door panels were made from aluminum, windows were made from Makrolon polycarbonate and upholstery was reduced to a minimum. The result…an incredible weight of just under 1,600 pounds (720 kg).

The racing career of the Skoda 130 RS has yet to be matched in the Czech Republic and made the carmaker famous throughout the entire Europe. Besides winning countless Czech competitions, the car’s most important international result is the 1977 Monte Carlo Rally, when the Skoda 130 RS won in its class, being driven by Czech driver Vaclav Blanha. In the general standings, the rally was won by the Lancia Stratos HF driven by Sandro Munari, followed by Jean-Claude Andruet’s Fiat 131 Abarth, with Skoda ranking 12th and 15th at the end of the rally.

The car was built between 1975 and 1980 and despite several reports claiming that the number of units varies between 200 and 500, there were only 38 units built, which makes it an extremely rare car. When production ended in 1980, the “RS” name was also retired and for 20 years there was no other Skoda RS.

But that was about to change in the early 2000’s. Following the 1990 fall of communism in Czechoslovakia, the local government approved a partnership between Skoda and Volkswagen. By 1995 the German carmaker already had a 70% stake in Skoda. The Czech carmaker wasn’t building any spectacular cars, but all that changed when Volkswagen took control and the first model to come out of this partnership was the Skoda Fabia, which was not exactly a new model, since it was heavily based on the Skoda Favorit that was produced at that time. 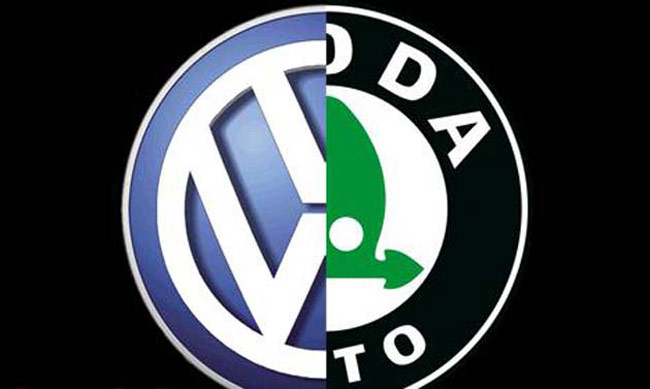 The first real product of the reborn Skoda was the Octavia sedan, which was based on the Volkswagen Gold and made its official debut in 1996. But the magic happened four years later, when someone over at Volkswagen had the brilliant idea of reintroducing the RS brand, with the Octavia being considered the perfect candidate for that. The first Skoda Octavia RS was launched in 2000, immediately after a facelift for the model, and it was powered by a four-cylinder 1.8-liter turbo petrol engine that produced 180 hp and 173 lb-ft (235 Nm) of torque, available between 1,950 and 5,000 rpm. Performance figures were impressive for a car in that price range: 0 to 62 mph in 7.9 seconds (8.0 seconds for the estate version that was introduced later) and top speed of 146 mph (235 km/h). 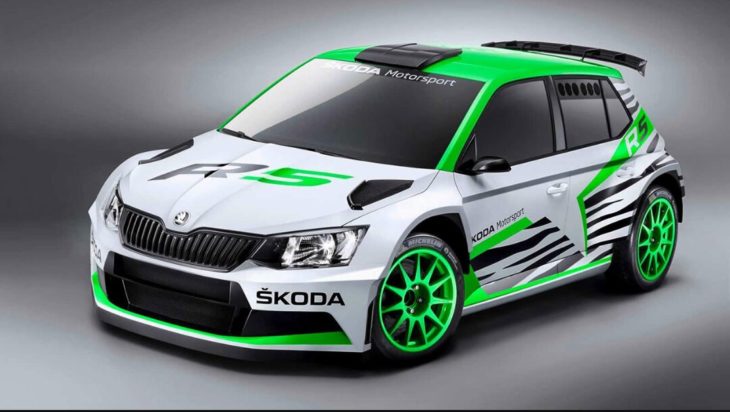 The first generation Octavia RS was built until 2006, while the Fabia RS’ production ended a year later. The two cars quickly gathered a large group of fans and both next generations of Octavia and Fabia were given RS versions.

The second generation Octavia RS was introduced in 2008 and was available with two engine options: a diesel and a petrol unit. The 2.0-liter TFSI unit produces 197 hp and 207 lb-ft (280 Nm) of torque and was “responsible” for 0 to 62 mph acceleration in 7.3 seconds and a top speed of 149 mph (240 km/h). The diesel version’s power output was lower (170 hp) with the car almost a second slower on the 0 to 62 sprint (8.5 seconds) and it was only able to go as fast as 140 mph (225 km/h). In 2008, the engine was upgraded from unit injector to common rail and when the second generation Octavia received a facelift in 2010, the RS was also refreshed, but performance specs were left unchanged.

As for the Fabia RS Mk2, it was introduced in 2010 and is powered by the 1.4-liter TSI from the Volkswagen Golf V GTI that produced 177 hp and 180 lb-ft (250 Nm) of torque. The car is also available with Volkswagen’s popular DSG transmission as standard. 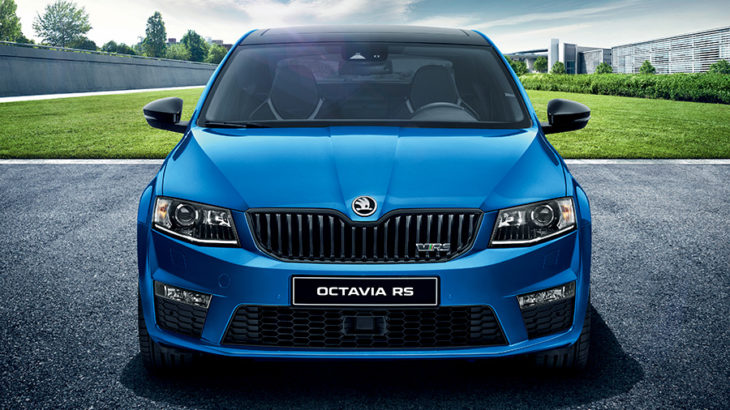 The current generation Skoda Octavia RS was launched last year and just like the previous one, is available with both petrol and diesel engines. The 2.0-liter TSI engine rated at 220 hp is shared with the Volkswagen Golf VII GTI, while the 184 hp diesel engine is the same as the 2.0-liter TDI unit from the Golf VII GTD. The petrol powered Octavia RS accelerates from 0 to 62 mph in 6.8 seconds (8.1 seconds for the diesel) and reaches a top speed of 154 mph (248 km/h), 10 mph faster than the diesel.

The mystery behind the “RS” logo

There have always been different opinions among RS fans about the origins of the logo and about the reason why Skoda calls all the new models “RS” but the logo also features a “V”. One version is that Skoda added the “V” because they don’t have the rights to use the “RS” name in the United Kingdom, where it is registered by Ford. But that is not entirely accurate, because Ford actually sued Skoda, but the Czech carmaker won. Other versions claimed that the “V” stands for “Victory” or for “Vrchlabi”, the name of a production facility used by Skoda in its early days.

But all these rumors were put to rest when Skoda’s UK branch released an official reply to a customer’s letter asking this question and explained that the “V” is actually a styled version of the small symbol above the “S” in the carmaker’s name.