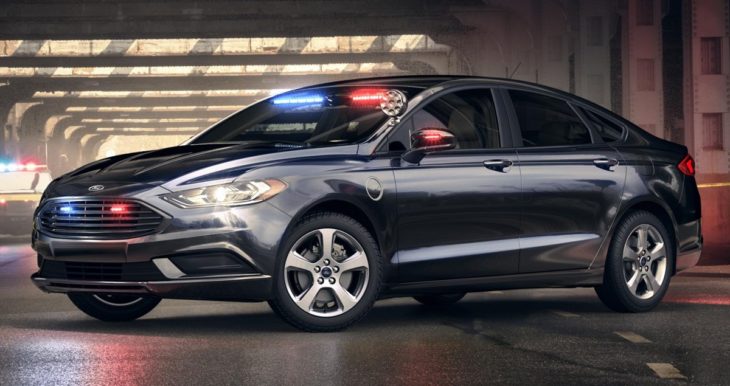 Ford, as you know, has been busy this past few years gaining the upper hand in the Police and Government vehicle market. They are now taking another major step to ward achieving that goal, and that is the launch of their first plug-In hybrid Special Service sedan.

This Fusion-based green-ish car is designed for police and fire chiefs, detectives, and other government personnel as a shuttle vehicle. Ford makes no secret of the fact that the hybrid sedan is not really suited to hot pursuits. Not that it has shabby performance, but the real forte of the Ford Plug-In Hybrid Special Service Sedan is economy. The car comes with a 7.6-kilowatt-hour lithium-ion battery that enables an electric range of 21 miles during which you can hit 85 mph. Adding the range of the petrol engine, the hybrid can cover 500 miles before needing a refill and a recharge.

The job of recharging is taken care of by a 3.3-kilowatt onboard charger allows agencies to fully charge the 7.6-kilowatt-hour battery in just 2.5 hours on a 240-volt, level-two charger. Being a service vehicle, Ford Plug-In Hybrid Special Service Sedan has a unique interior featuring heavy-duty cloth front seats with reduced bolsters, for officer comfort, and rear anti-stab plates, vinyl rear seats, reinforced top tray for mounting equipment, metal console mounting plate, and red and white task lighting. Features of the exterior include  driver spot lamp, a trunk storage vault, trunk ventilation system, and a rear door control-disabling feature.There is even a surveillance mode that switches off interior lights and dims the instruments so as to make the car less conspicuous. 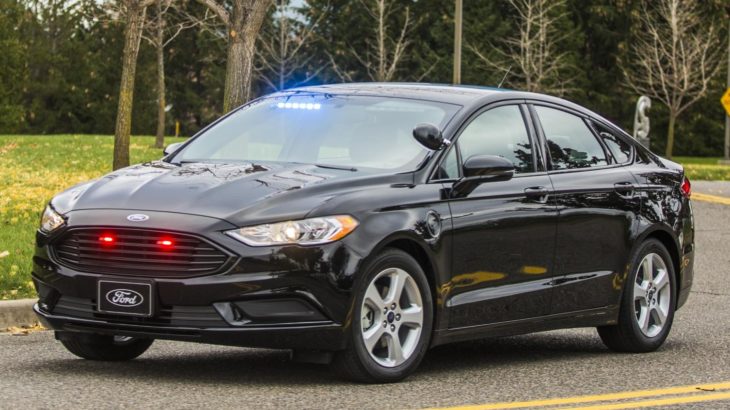