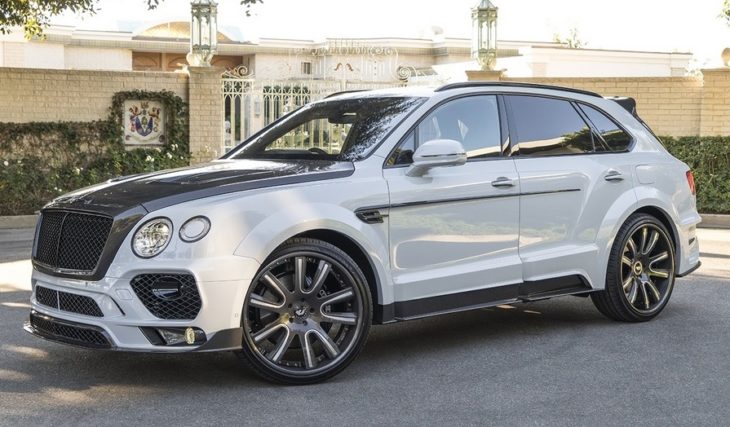 Pikes Peak hill climb event in Colorado is not exactly a stomping ground for the Bentley type of people. But even so, the British luxury car maker has decided to enter a racing edition of Bentley Bentayga SUV in this year’s edition of the event. And they are sending the top dog version.

As you know, Bentley Bentayga has a W12, a diesel and a new V8 petrol variants engine-wise. The one being prepared by Bentley’s motorsport arm for the hill climb event is the 600 horsepower and 900 Nm of torque W12 version. It’ll be interesting to see what this engine can do fitted to a lightened, toughened, and stiffened iteration of this car.

The Pikes Peak Bentley Bentayga will retain the production car’s intelligent all-wheel-drive and state-of-the-art air suspension together with Bentley’s pioneering 48-volt active anti-roll system. So even if the car doesn’t manage to set a good time climbing the 12.42-mile Colorado Springs hill with its 156 corners, the even will still buy it a lot of street cred with the offroad crowd… even though most of Pikes Peak course is asphalt these days.

Bentley’s Director of Motorsport, Brian Gush, comments: “Since its launch, the Bentayga has set the luxury SUV benchmark with its unique combination of bespoke British craftsmanship, performance and grand touring ability. We hope to set another benchmark at the 2018 Pikes Peak International Hill Climb by conquering the most demanding mountain road course in the world.”