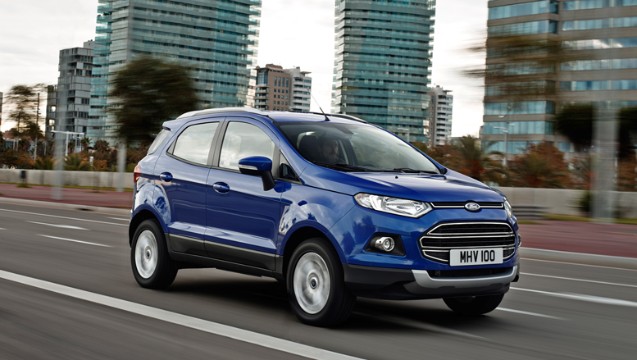 When the 2017 Ford EcoSport was launched it was an update of the compact SUV that buyers all over the globe were waiting for. And fortunately in many markets it came without any price change. Obviously, the new EcoSport is more feature-rich than the previous version. The biggest deal with the new launch is obviously the five different variants that were introduced with this update. The new Ecosport came with five different variants, namely Ambiente, Trend, Trend+, Titanium, and Titanium+. Let us introduce each of these variants briefly.

This is the base trim and it comes loaded with an array of new features such as a black shining grille, black fog lamp bezels, a cladding for rocker and bumper, dual reversing lamp, bumper to protect body colour, black door handle and ORVMs. The Ecosport also features a fully equipped cabin with full fabric seats. Furthermore, you would have dark coloured interior, silver and black accents, soothing dim cabin lights and a few others.

Most car dealer reviews agree that the Trend variant offers highest value for money for the buyers of this car. The exterior looks pretty similar except an additional silver colour added to this variant. The cabin of this version flaunts metallic grey finished interior along with elegant anodised styling. The biggest value addition is obviously the infotainment system with 6.5-inch touchscreen. This system can easily sync with all devices running with Android, Apple and others. The safety features remain same as the previous version.

Trend+ variant has little difference with the Trend variant apart from a few additional features like the enhanced 16-inch steel wheels replacing the 15-inch one, black roof rails, interior door handles with chrome colour instead of silver, etc. There are several other useful features that ecosport comes loaded with like the flexible height driver’s seat, and a comfy full front console armrest without a storage. There are similar safety features it comes with but it offers a rear wiper and defogger. As for availing petrol options this variant also offers automatic transmission. 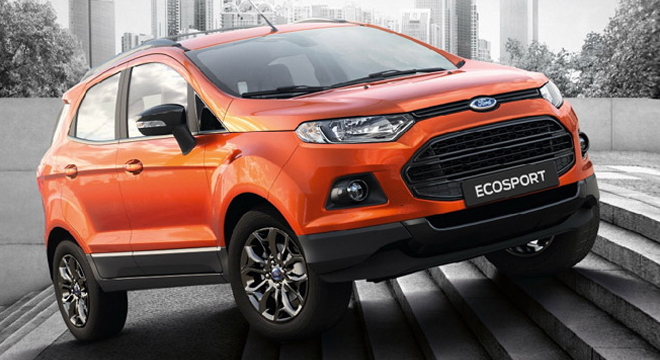 2017 Titanium variant comes loaded with most of the features we have already come across in premium category Ford cars. Apart from all that are offered through the  Trend+ this EcoSport version offers a chrome grille, fog lamps with bezels coloured as same as bezels, smooth finished aluminium roof rails and all other standard features.

When it comes to the interior of the car, the cabin flaunts high quality fabric seats, mellow light-themed interior, glossy black cabin, soft armrest made with quality fabric at the door and a few others. The push button operated start and stop feature and sophisticated Ford MyKey comes as more value additions.

Apart from all the features and functionalities offered by this it offers a few luxury additions like the premium leather interior and a great cargo area management system with flat seats to allow easier cargo storage. If you want optimum features on every front, Titanium+ won’t disappoint you. A few noteworthy features of the. At include rain sensing wipers, automatic and responsive headlamps, larger 17-inch alloy wheels, a powerful camera, paddle shifters and a few others.