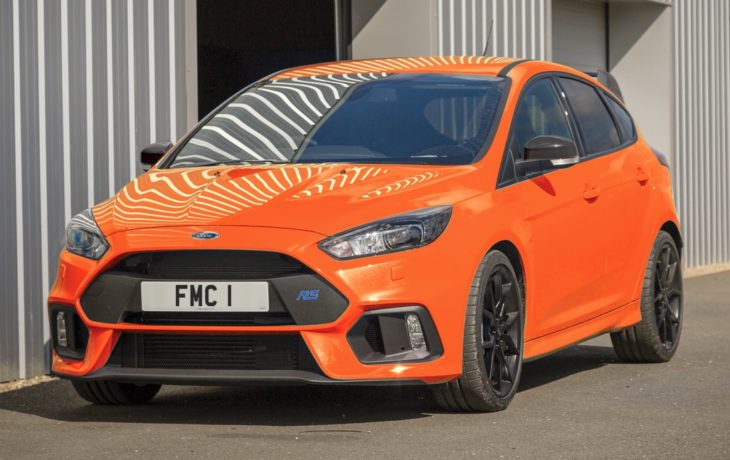 Ford is celebrating the 50th anniversary of the introduction of the RS brand to the UK with something rather special. It’s a limited version of Britain’s favorite hot hatchback, called the Ford Focus RS Heritage Edition, and it’s the 50 final right-hand-drive versions of this generation of the car.

But the fact that it’s a last hurrah is not the only thing that makes Ford Focus RS Heritage Edition unique. Each of the 50 UK-bound cars feature a bespoke Deep Orange exterior paint work, grey brake callipers behind black forged alloy wheels, and black door mirrors and rear spoiler. There are extra equipment as well, such as partial leather Recaro seats, privacy glass, a sunroof, rear parking sensors, power-fold door mirrors, cruise control with speed limiter and heated steering wheel. 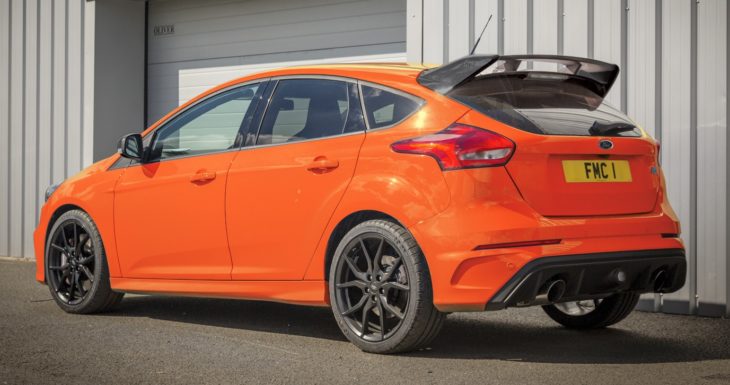 These should be enough to justify the £39,895 price tag of the 2018 Ford Focus RS Heritage Edition. If they are not, then the performance should do it, seeing as this version comes with a Montune upgrade for the turbo engine in form of a high-flow induction kit, uprated turbo re-circulating valve and calibration. The upgrade pushes overboost power from 350PS to 375PS, and torque from 470Nm to 510Nm. What’s more, the Heritage RS benefits from a front mechanical Quaife limited-slip differential (LSD) for sportier handling.

Andy Barratt, chairman and managing director, Ford of Britain, said: “The RS brand is hugely important to Ford and is recognised across the globe, however it has a special place in the hearts of UK Ford fans. This latest model is the best RS we’ve ever produced, so it seems a fitting tribute as we approach its 50th anniversary.”