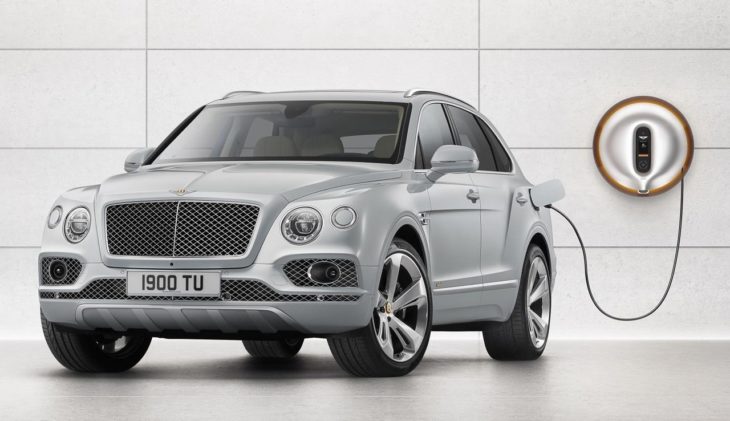 Following the example of Range Rover, Bentley too is now going hybrid with their top dog SUV. The 2019 Bentley Bentayga Hybrid is a remarkable achievement in the sense that it manages to blend unrivaled luxury with astonishing economy for a car of this caliber.

It has to be said though, Bentley Bentayga Hybrid is a bit paradoxical. The traditional Bentayga customer base are the kind that cherish excess and extravagance. Even the W12 engine is not enough for them and they have it tuned. And as for the sophisticated, environmentally conscious millionaires who might be interested in such a thing, well, those guys usually go for something less ostentatious. So it is hard to see who this car is aimed it.

At any rate, Bentley Bentayga Hybrid comes with a V6-hybrid powertrain which on paper seems to be an engineering marvel. Performance figures have not been released yet, but it does offer up to 31 miles (50 km) of pure electric driving, and emits only 75 g/km of CO2 which is amazing. What’s more, it’s a plug-in system with charging time of 2.5 hours on a fast charger and 7.5 hours on a household socket.

The Bentayag Hybrid puts as much emphasis on technology as it does on luxury. It comes with an intelligent navigation system that chooses the most efficient route to save juice, Traffic Sign Recognition, Rear Crossing Traffic Warning, Park Assist, Electronic Night Vision, Adaptive Cruise Control (ACC), and 8 inch infotainment plus Connected Car ‘MyBentley3’ services, including Remote Battery Charging, Remote Heating & Cooling, and Vehicle Status Report, operated via a smartphone app. The SUV also features a bespoke Power Dock designed by Philippe Starck. 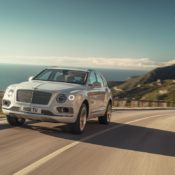 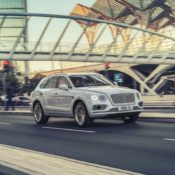 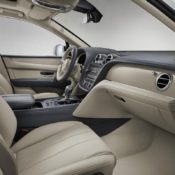 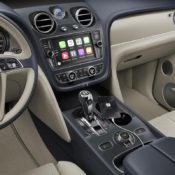 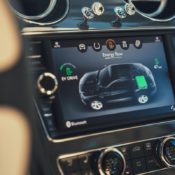 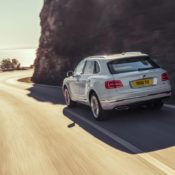