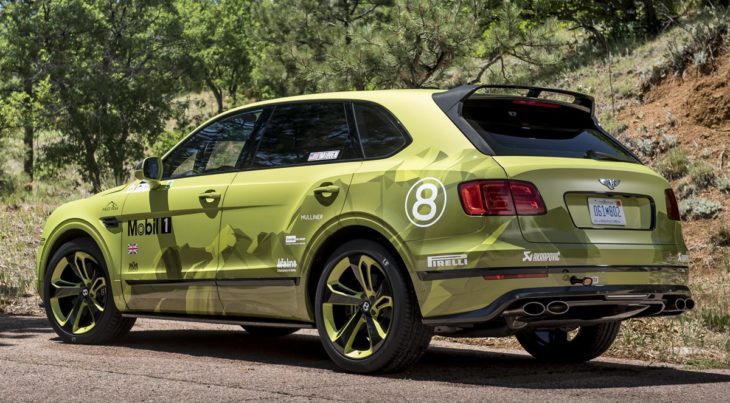 This year’s Pikes Peak International Hill Climb event witnessed the smashing of a bunch of important records. Two of them were for the electric cars and overall course record, both broken by the VW I.D. R, and the third the fastest time set by a production SUV, claimed by the super deluxe Bentley Bentayga.

The big, luxurious SUV showed off its dynamic capabilities in the hands of Rhys Millen who guided the car up the 12.42-mile Pikes Peak course in 10:49.9. That is nearly two minutes faster than the previous record for an SUV. The amazing feat was accomplished by a range-topping W12 version of the Bentley Bentayga boasting 600 bhp, 900 Nm of torque, adaptive air suspension, active electric 48V anti-roll control and carbon ceramic brakes. The SUV also averaged 66.5 mph throughout the course which is impressive unto its own.

The record breaking Bentley Bentayga Pikes Peak was completely standard except for having its rear seats were removed, and a roll cage and fire suppression system put in. The DOT-marked Pirelli tires and Akrapovic sports exhaust are available to order for the production car. 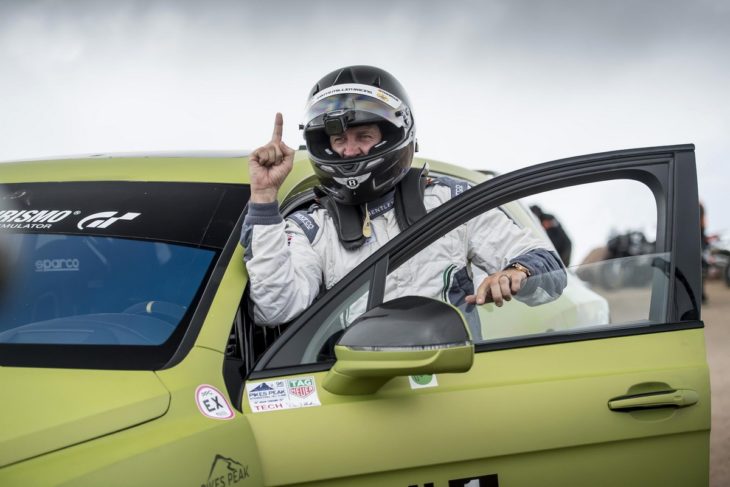 To celebrate the record run at Pikes Peak, Bentley confirmed that they will be making a special limited edition of the Bentayga with deep Beluga black paint or striking Radium, with 22” wheels in a bespoke two-tone finish,Black Specification pack as standard, carbon fibre splitter, side skirts, diffuser and rear spoiler, and of course subtle Pikes Peka Motifs. Inside, the limited edition will feature Mulliner Design Colour Split marries Key Lime accents with Beluga leather, with Alcantara inserts to the seats and doors as well steering wheel and gear knob. There will also be Pikes Peak logo decorates the carbon fibre fascias, and numbered Pikes Peak treadplates. 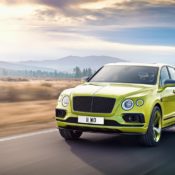 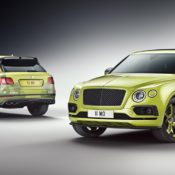 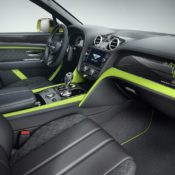