Latest @ MW
Home /Jeremy Clarkson Asks Who Wants to Be a Millionaire? 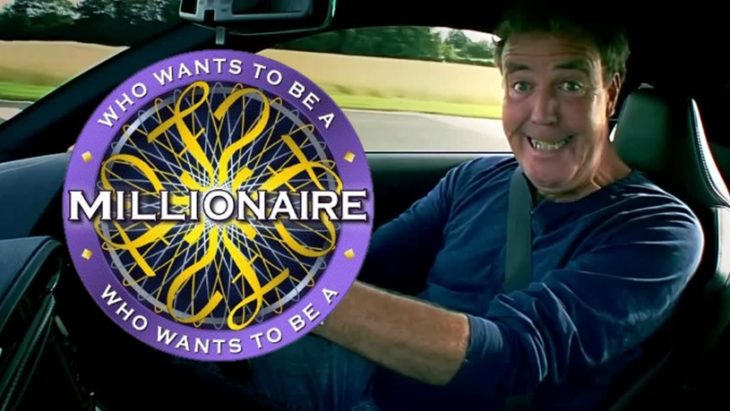 Though some bigheads at the BBC admitted later on that firing Jeremy Clarkson was a mistake, chances of the iconic presenter ever going back to the broadcasting giant are pretty slim. In fact, Jezza has hooked up with their rival, ITV, for a gig that seems to be right up his alley. Clarkson is the new presenter of Who Wants to Be a Millionaire.

In spite of what the first trailer for the new series, which starts in May, shows, Who Wants to Be a Millionaire has not suddenly become a quiz show about cars. And Clarkson didn’t get the job because of unique car reviewing capabilities. It was the man’s worldly knowledge and quick wit. Again, this is not what you get watching the first trailer. You know what, just watch for yourself:

OK, we see here Jeremy Clarkson sliding about in an Aston Martin DB11 before making a characteristically understated entrance into the studio. But that’s not what the show is about. Jezza is the right choice to present Who Wants to Be a Millionaire because, despite the appearances, he is a very knowledgeable man. It wasn’t his drifting that made him a great presenter at Top Gear and later at the Grand Tour. It was his speeches, rants, and soliloquies that made the man a living legend. And that’s the reason why Matt LeBlanc is never going to fill his shoes over at TG. Joey is not as bright as good old Jezza.

At any rate, it is great to see Clarkson back on British telly, even if it’s not on a motoring show.