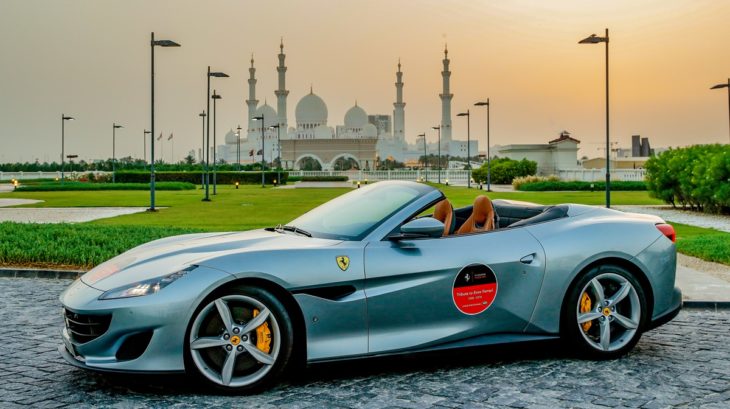 The United Arab Emirates (UAE) is a tiny collection of cities located on the southern edge of the Persian Gulf. Despite its tiny size, this country has enormous oil wealth, which means they have one of the world’s most biggest markets for supercars and exotics. And that is why this year’s Ferrari Tour UAE turned out a greater event than any of the European editions.

On the Ferrari Tour UAE 2018, held earlier this month, a group of 13 Ferrari GT cars went on a three-day driving event. They started in Dubai and during the 650 km drive visited the country’s most beautiful roads and places. Granted, 650 km is not that long a drive, and yes they kinda went up to Ras Al Khaimah and then sort of turned around and headed the other way to Abu Dhabi. But in diong so they created some spectacular scenes, mainly thanks to the presence of Ferrari’s handsome new boy, the Portofino.

Among the main features of Ferrari Tour UAE 2018 was a visit to Burj Al Arab hotel for lunch, Sharjah desert’s historic Fossil Rock, dinner at Burj Khalifa, the world’s tallest building, where the guests enjoyed a spectacular light show and the Dubai Fountains, mountain drive up Jebel Jais, considered one of the region’s finest driving roads followed by a traditional dinner in the desert, Ferrari World Abu Dhabi for lunch, followed by a tour of the Louvre Abu Dhabi, capped by an Asian dinner and a ceremony where they announced Best Dressed, Best of the Best Shot, Best Coin Photo, Winner of Enzo Ferrari Quiz and Overall Standing. Yeah, I know… 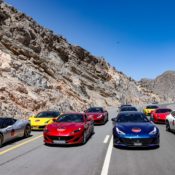 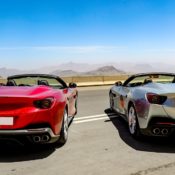 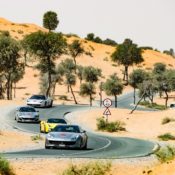