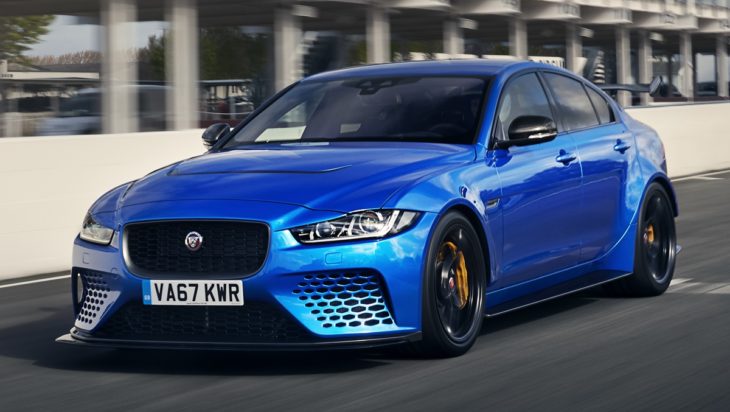 Jaguar is busy these days promoting the super special Jaguar XE SV Project 8 sports sedan every chance they get. They kind of have to, because with a starting price of £149,995, this thing is not going to be an easy sell. In one of the latest stunts they sent the Project 8 to the Goodwood Motor Circuit and asked a couple of racing oldtimers to put it through its paces.

The oldtimers in questions were both former Jaguar racing driver, mind you. There was Andy Wallace, who won the Le Mans 24 Hours endurance race in 1988 driving the Jaguar XJR-9, and the American Davy Jones who was also a member of both the 1988 and 1991 championship winning Jaguar teams and won the Daytona 24 Hours in 1990 in an XJR-12. The boys took the Jaguar XE SV Project 8 around the Goodwood track and, predictably, waxed lyrical about it capabilities.

To be fair, Jaguar XE SV Project 8 is a highly intoxicating proposition. It is based on a humble XE saloon, but they have put a 600PS supercharged 5.0-litre V8 engine in it and gave it a racing aero kit, sport suspension, and a full assortment of track gear. But in essence the XE Project 8 is a toy, and a very expensive one at that. The Project 8 is available either as a four-seater or in lightweight two-seat Track Pack configuration. 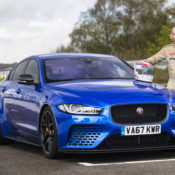 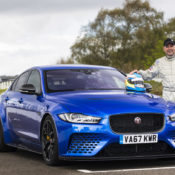 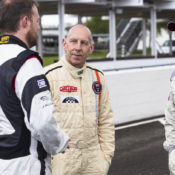 Most road-legal cars on track are a massive disappointment, but Project 8 is really something. It’s absolutely staggering how it has been made to feel like a proper racing car. It keeps wanting you to push harder. It’s not bothered by Goodwood’s undulations, it just hunkers down and feels totally at ease, so you’re happy to get on the throttle earlier. It inspires confidence straight away – Andy Wallace