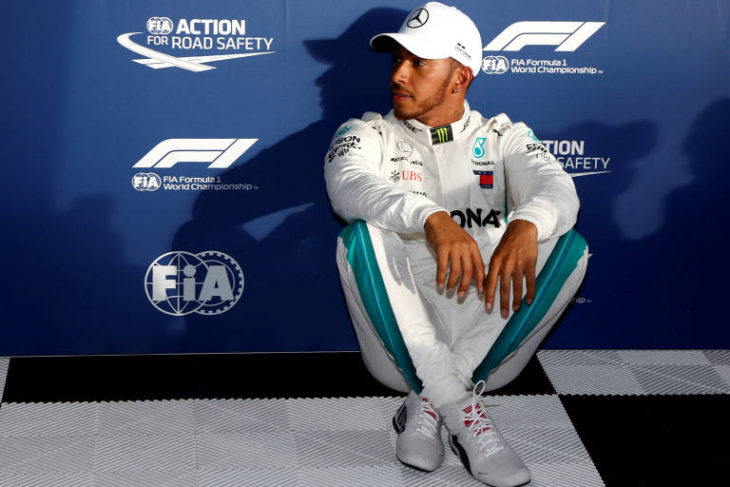 Mercedes head to the Monaco Grand Prix on a bit of a high this weekend after Lewis Hamilton secured victory last time out in Spain. The Brit, in fact, had also won the race prior to that too and now has a 17-point advantage over Ferrari’s Sebastian Vettel in the drivers’ championship. Hamilton’s teammate, Valtteri Bottas, has also managed three second place finishes from the last four races, but Mercedes aren’t confident as they look ahead to Monaco.

This comes after team boss Toto Wolff suggested that the favourites going into the race would be Red Bull and Ferrari, rather than his own team; and he seems to put this more down to the track than anything. The track at Monaco is notoriously slow and tight and it’s felt that the Mercedes cars aren’t suited to it as well as the Red Bull and Ferrari vehicles. Wolff said, “Red Bull are strong in slow corners and where straight-line speed is less important. Our job is to maximise the car’s potential, whatever that may be.”

Mercedes did struggle at the Monaco Grand Prix last year, with Valterri Bottas finishing in fourth behind Vettel, Raikkonen and Ricciardo, while Hamilton languished further back in seventh. So, there is an expectation that it could be the same this time around, which would be disappointing for Mercedes especially after just securing their first one two of the season in Barcelona. This would also provide Sebastian Vettel with the perfect opportunity to try and reduce the gap between himself and Hamilton in the drivers’ standings too. Fans can check out Betting.com’s vast directory of online betting sites if anyone fancies predicting the winner in Monaco.

Looking deeper into the form of the cars and drivers this season, you would have expected Hamilton to be dominant in Barcelona, and rightly so, and he was. The Brit was also victorious in Baku, but you could say that this only came about following Sebastian Vettel’s attempt to pass Hamilton’s teammate, Valtteri Bottas, was unsuccessful.

While it was a great showing by the Mercedes drivers in Barcelona, Toto Wolff is refusing to get carried away. Ahead of the Monaco Grand Prix he said, “Our first one-two of the season in Barcelona felt great. The car was quick, looked after its tyres and both drivers were positive about the balance and handling. But we’re not thinking about it as a turning point – the track layout, surface and conditions all suited our car and played into our hands.”

With Ferrari dominating at Monaco last year, Mercedes will be looking for an improved performance this time around, but they know they’re in for a tough test. You also have to consider the Red Bulls as being in the mix too with them expected to go well around the tight circuit. With this race being less about power, the Red Bulls will surely be competitive on the streets of the Principality, meaning Mercedes will really have to up their game if they are to challenge on race day.