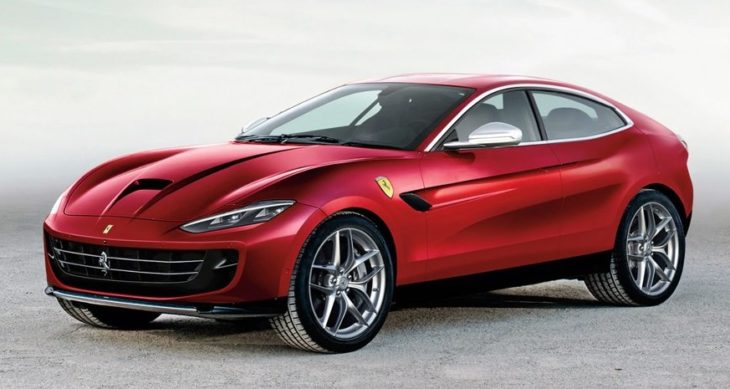 Yes, just like you we too have heard Ferrari’s top brass repeatedly dismissing the idea of building anything other than GTs and supercars out of hand. And yes, just like any other Ferrari fan we hate any kind of major change in the way the brand is represented. But the question is, how long can they resist the temptation? And would it really be that horrible if Ferrari did make sedans and SUVs?

The very thought of a four-door Ferrari, or one that is jacked up and has a box shape, is pretty outlandish. There’s no argument about that. But you have to realize that so was the idea of a hybrid Ferrari at some point. Today hybrid Ferraris are the most natural thing, and the fans actually want the company to make more of them because it enables them to remain competitive. Not that Ferrari really has a choice but to expand their use of hybrid powertrains. Thanks to the increasingly stringent consumption and emission laws they really have no choice.

But there are no laws mandating Ferrari to build family saloons and SUVs. Well, at least no written laws. There is, however, a compelling force that might finally sway the bosses in Maranello to bite the bullet. And that force is envy. They are watching the rivals such as Aston Martin and Bentley run away with the market for super deluxe, super sport saloons and utility vehicles, and they must be thinking that is hundreds of millions of dollars that could be theirs. They could hire some decent racing engineers for that money and win some F1 events!

Mind you, Ferrari has proven before that the mere notion of making more profit is not a potent enough proposition to make them deviate from the brand’s principals, set by the big boss Enzo many decades ago. But then again, these decisions were made by people like Luca di Montezemolo and Sergio Marchionne. These are old-school guys. Luca, in particular, was a Ferrari made man for years before he got to run the company, and he knew Enzo first-hand. Who is to say the new generation of executives, raised in the modern, global, capitalist automotive business, will adhere to the same values?

With the last of the old guys leaving the company, the young bloods could finally give in to the temptation of more money and lead Ferrari down the same path as other corporate-oriented brands. You could argue that Ferrari is already worth close to twenty billion dollars. But when was the last time you saw a person or a firm who thought they had enough? Now, is that really a bad thing? Is a Ferrari SUV really such a horrible idea?

If you ask the purists, then yes. It is akin to sacrilege. They are still recovering from that hideous thing, the GTC4, and they still haven’t fully accepted the California and its successor the Portofino as real Ferraris. And they do have a point. The more time Ferrari spends on making ‘trendy’ models, the less time and resources they have for developing supercars and getting their motorsport affairs in order. But there are those who would say the extra dough that will come in if Ferrari makes high-volume SUV and four-door models will enables them to juggle more balls, as it were.

So which camp do you belong in? Do you think Ferrari should focus just on making supercars and racing, like its founder intended? Or should they become conglomerate whose sole aim is to make the shareholders richer?