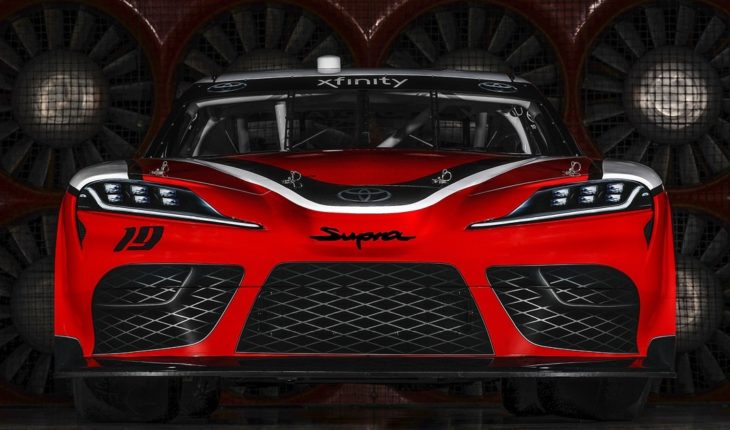 If one were asked to associate the Toyota Supra with a field of motorsport it is best suited for, one would almost certainly go for drifting. The Japanese character of the car lends itself verily to that kind of activities. But with the new 2019 Supra Toyota is taking the car to a wildly different route. They’re taking it NASCAR racing.

Of course, Toyota is no stranger to NASCAR. We all remember their Tundras and Camrys dominating the sport for years. But still, the idea of a Toyota Supra NASCAR sounds kind of weird. And the car looks weird, too, as you can see in this promotional video and also the unveiling ceremony where they got former Top Gear America host and American South poster boy Rutledge Wood as the hype man.

The 2019 Toyota Supra NASCAR is built for the Xfinity Series and will make its track debut  in the NXS race at Daytona February next year. Given the success of Toyota’s previous NASCAR campaigns, a lot is riding on this car, which is why the company enlisted the services of all its subsidiaries, including TRD, U.S.A. (Toyota Racing Development) in Costa Mesa, California, and Calty Design Research, Inc. (Calty) in Newport Beach, California, to make sure they have built a competitive machine.

“When you talk Toyota and cool cars, Supra is the first thing that comes to mind for many auto enthusiasts,” said Ed Laukes, group vice president of Toyota Division Marketing. “Supra’s return in production form is huge news, but now we’re also going to see this iconic sports car return to American motorsport. From a marketing perspective, it’s important to have a race car that evokes the dynamism and character of its showroom counterpart. We’re confident we’ve accomplished that with Supra, and we hope racing fans the world over will proudly cheer its success on track.” 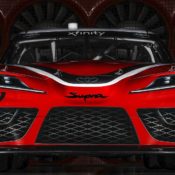 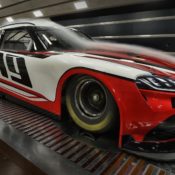 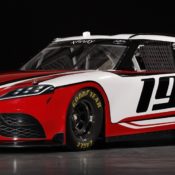