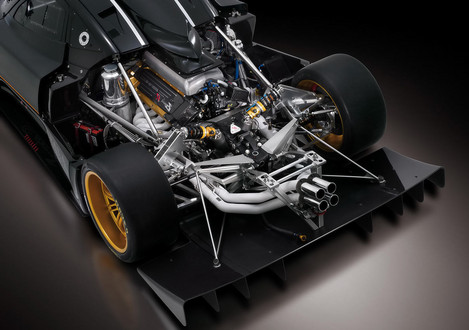 As you know Pagani, since the very first days, has been using an AMG V12 engine for different editions of Zonda. Also, a couple of times the prototypes of the next Zonda, allegedly called C9, had been spotted alongside prototypes of Mercedes SL65 Black. So everyone’s been pretty sure that the C9 will get the same V12 as the SL Black, maybe with a bit more power.

According to an official statement by Pagani, AMG GmbH has been developing a new engine specifically for the C9. They don’t mention the number of cylinders, but the word is it will be a V12 with 700 bhp, 1000 Nm of torque, and fuel consumption of around 12 liter per 100 km combined. It also has CO2 emissions low enough to comply with US regulations.

Pagani C9 is scheduled to launch in 2012. The car will debut at next year’s Geneva Motor Show.