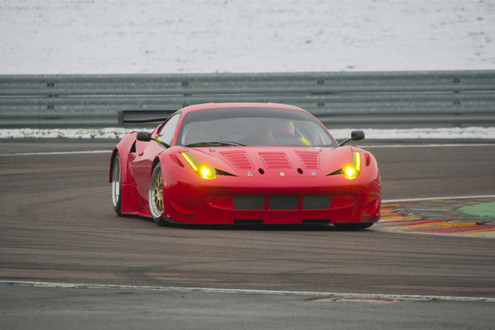 The car that we introduced a few days ago as the GT2 version of the Ferrari 458 Italia, has been revealed by the company as the Ferrari 458 GTC. Here’s a few shots from the car’s first shakedown at the Fiorano test track, as it’s being prepared to take on Porsche, Aston Martin, Corvette and all the other names in different GT series next year.

Jaime Melo, the Brazilian who competed in this year’s American Le Mans Series with the Risi Competizione team, is the man responsible for the car’s development on track. Official specs of the Ferrari 458 GTC is yet to be revealed, but according to a report due to the mandatory restrictors, the V8engine will be tuned at 470 hp. For different racing series of course, the output would vary.

Other details, as we reported earlier, include Hewland six-speed sequential transmission, 18-inch wheels, and of course a price tag of 480,000 Euro!

Antonello Coletta, head of the Ferrari Corse Clienti Department had this to say about the initial testing of the 458 GTC: “We are pleased with the feedback we have had from the engineers and drivers about the car.” Development is in its initial statges and this is just the third test the car has undergone at Fiorano. “Thanks to the good weather these past two day, it has been possible to gather more data than in previous sessions, which were run in snowy and rainy conditions.”

The next step? “We will continue development over the winter months, which will culminate in the car’s debut in the Sebring 12 Hours, the famous endurance race and the first race in next season’s American Le Mans Series.” 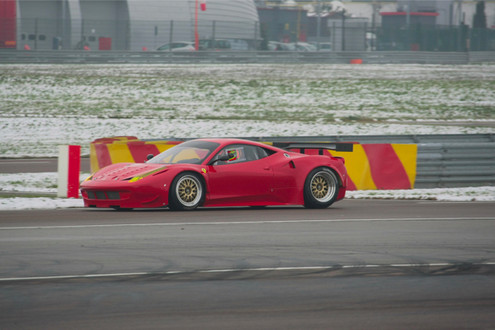 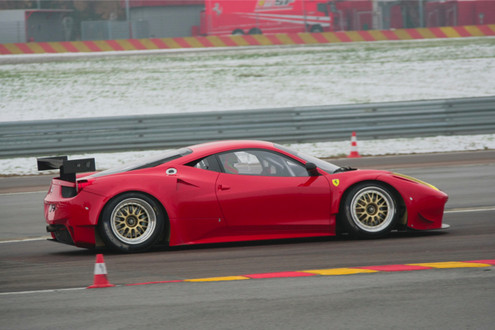 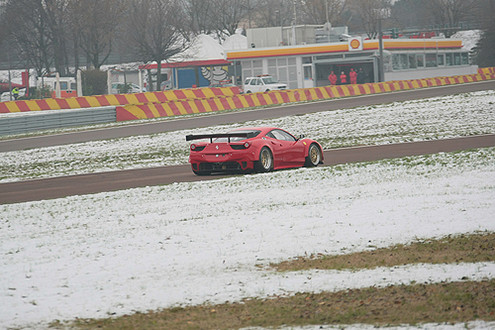 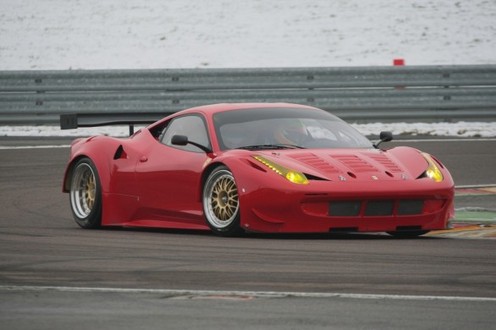