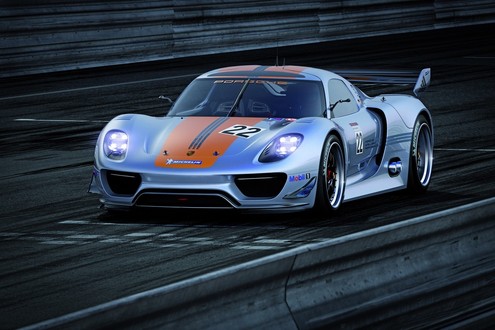 We have been expecting the Porsche 918 Coupe supercar to be revealed at 2011 NAIAS, but instead Porsche gives us this, the 918 RSR. It is a racing concept, or Racing Lab as they call it, and is powered by a similar powertrain seen in the Porsche GT3 R hybrid. It is showcasing high reliability and exemplary fuel efficiency combined with top performance as the race car of future.

The design of this race car is obviously based on the 918 Spyder but it’s get unique traditional touches established by classic Porsche long-distance race cars such as the 908 long-tale coupé (1969) and the 917 short-tail coupé (1971).

In the 918 RSR, the lines’ elegant flow is dominated by muscular wheel arches, dynamic air intakes and a pulpit-like cockpit. A visible fan wheel between the ram air intake tubes and a rear spoiler with RS Spyder dimensions additionally emphasise the racing laboratory function.

With the GT3 R hybrid’s powertrain under that outstanding body and inside the monocoque chassis, the 918 RSR gets 563 hp at 10,300/rpm just from the V8 engine. The electric motors on the two front wheels each contribute 75 kW, i.e. a total of 150 kW, to the peak drive power of exactly 767 hp.

Now this being a concept, it has some amazing features which might never make it into the produciton, such as doors which open obliquely upwards, the air intake in the roof between the wing doors, the quick-action locks on the front and rear CFRP lids, the two roof-mounted aerials for pit radio and telemetry, the RS Spyder-like small, lateral front flics or the air splitters beneath the front lip or no-profile racing slicks on 19″ wheels with central locking.

There is also a story to that number 22 the RSR is sporting:

the starting number, 22, pays homage to the anniversary of a further triumph. Back in the days when overall victories in Le Mans were not yet an entirely routine matter within the Porsche racing department, the pilots Dr. Helmut Marko and Gijs van Lennep were the first to cross the finishing line in 1971’s 24-hour classic. The distance record set by their Porsche 917 short-tail coupé – 5335.313 kilometres (3315.21 miles)at an average speed of 222.304 km/h (138.13 mph) – did not remain unbeaten for an eternity, but for exactly 39 years until 2010. At the time, the 917 in the Martini colours was also an experiment and far ahead of its time: a magnesium space frame set new standards in Porsche’s lightweight construction domain. 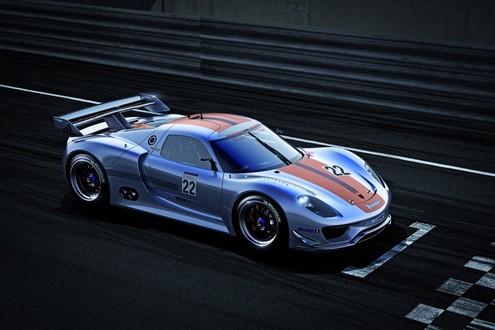 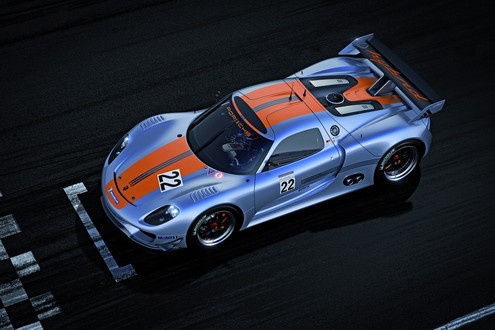 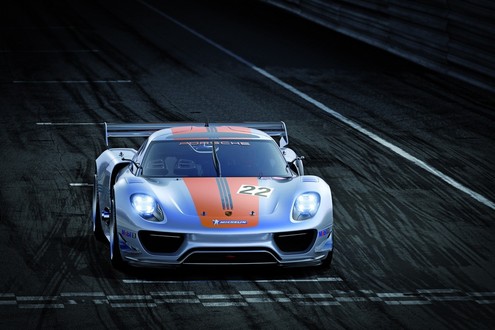 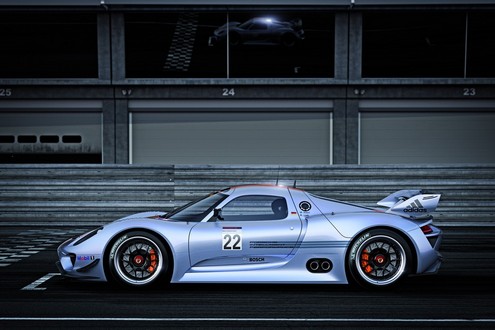 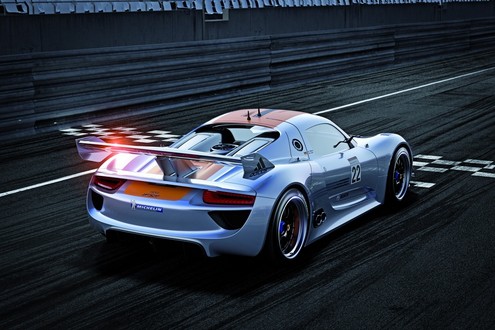 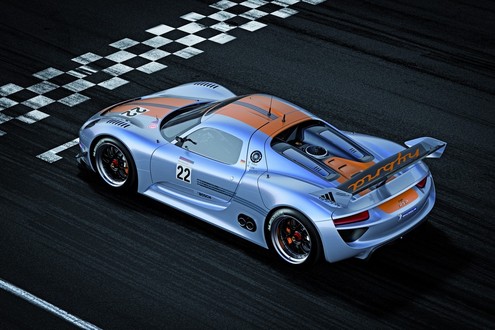 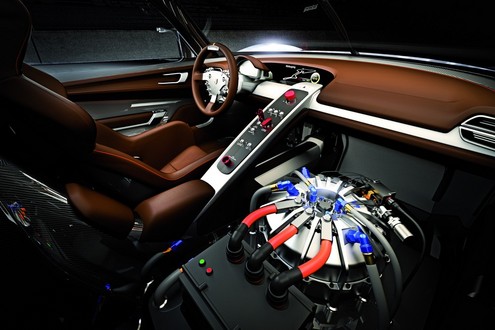