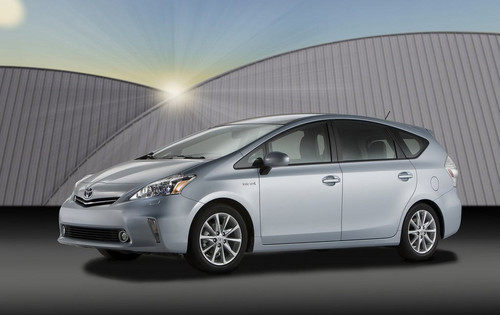 This is the MPV version of Toyota Prius which was unveiled, finally, at the NAIAS. It is called the Toyota Prius V in which the V expresses the vehicle’s versatility. Toyota is adamant the V is not just an elongated version of the normal Prius and that they have designed from the ground up as a new model.

The design of the V features familiar Toyota cues such as trapezoidal-shaped front features sharp-edged headlamps, wind-slipping aero corners. Toyota Prius V’s rear styling is highlighted by a refined backdoor panel, intricate combination taillights and a specially designed roof spoiler that improves air flow. It has a low 0.29 coefficient of drag which helps a lot with the fuel efficiency which of course this car is all about. 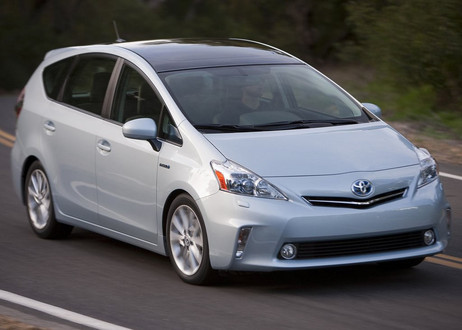 But the V being a MPV, it is also as much about the space. And with 50 percent cargo area than normal Prius it does not really disappoint. Inside, the Toyota Prius V emphasizes overall proportion with spaciousness and flexibility for active families. Comfortable interior space and good visibility has been assisted by a high seating position, ample head room, and an impressive 38-inch couple distance, providing generous rear legroom. A low, wide-opening rear hatch reveals 34.3 cubic feet of cargo space behind the rear seats, making it the most spacious dedicated hybrid vehicle on the market and better than some compact SUVs. 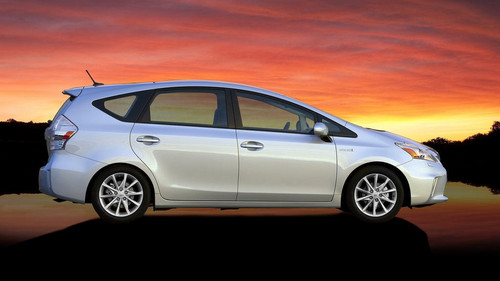 Despite the spaciousness of a family friendly midsize vehicle, the Toyota Prius V will deliver estimated EPA fuel economy ratings of 42 mpg city, 38 mpg highway and 40 mpg combined, the best fuel economy ratings of any SUV, crossover, or wagon on the market. It will also emit 66-percent fewer emissions than other cars of this segment. 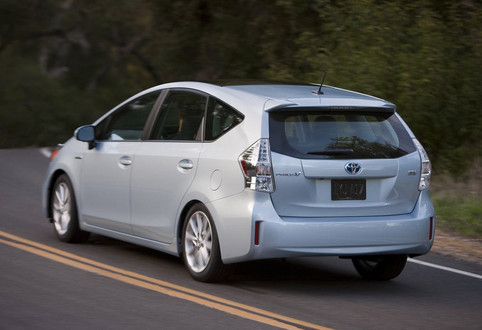 Like the current generation Prius, the Toyota Prius V is a showcase of technology that will include many of the same standard features. Four driving modes (Normal, Power, Eco and EV) satisfy a variety of road conditions and driver preferences. A Smart Key System with Push Button Start, an electronic shift lever, Hill Start Assist Control (HAC), and a back-up camera are standard. Available options include energy-efficient LED headlamps, Dynamic Radar Cruise Control with a Pre-Collision System (PCS), and Advanced Parking Guidance System. 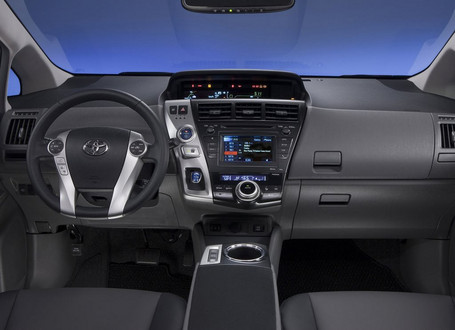 The Prius V is also the first car to feature Toyota Entune system. This infotainment gadget debuts the first-ever support for engaging mobile apps, such as Bing, OpenTable, and movietickets.com, along with accessing useful travel-related services, such as live weather, traffic, fuel information (location and price), stocks, news and sports.

also with the voice recognition system that helps the driver to stay focused on the road, Toyota Entune eliminates the need to memorize thousands of voice commands and helps reduce driver distraction. 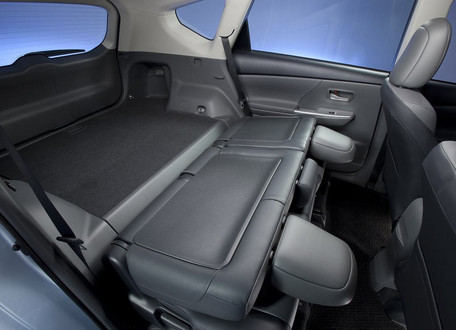 Toyota Prius V is scheduled for launch in late summer 2011.