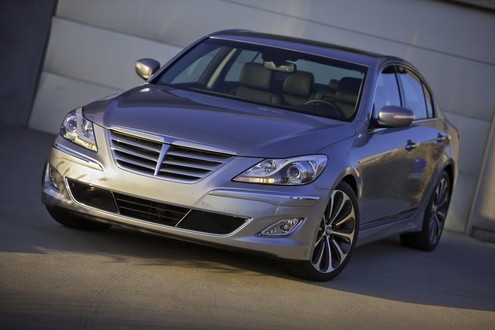 At 2011 Chicago Auto Show Hyundai unveiled a new edition of the the Genesis sedan dubbed the R-Spec, powered by a new 5.0 liter engine developing 430 hp. It also features tweaked chassis and enhanced styling over the normal models.

The highlights of the Genesis 5.0 R-Spec also include unique 19-inch machined-finish alloy wheels, optional Michelin Pilot Sport PS2 summer performance tires and sport-tuned transmission, suspension and steering calibrations for sportiness. The best part of it however is the new Tau V8 engine which is the most powerful engine Hyundai has ever built at 429 horsepower at 6,400 rpm and 376 lb. ft. of torque at 5,000 rpm.

The R=Sped also gets a new in-house eight-speed transmission with SHIFTRONIC manual shift capability. You can also order this gearbox for the V6 models.

In addition to the more aggressive styling cues for all 2012 Genesis models, R-Spec will offer unique headlights with dark chrome inserts for a more distinctive front appearance. An R-Spec trim designation badge has been added to the rear deck, and black R-Spec embroidered floor mats daily remind the driver of the performance that awaits behind the wheel.

Genesis R-Spec only will be offered in three sport-oriented exterior colors: Black Noir, Titanium Gray, and Platinum Metallic, each with Black leather interior and an all-black leather steering wheel for a differentiated sport appearance from the 4.6 model.

The R-Spec package really increases the appeal of the Genesis as a very well priced luxury sedan with a touch of sportiness, but in a couple of month the new Grandeur/Azera will arrive which offers better styling and loads of new and innovative features. So don’t put your money on the Genesis just yet. 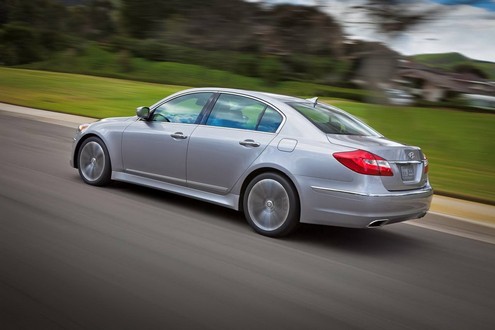 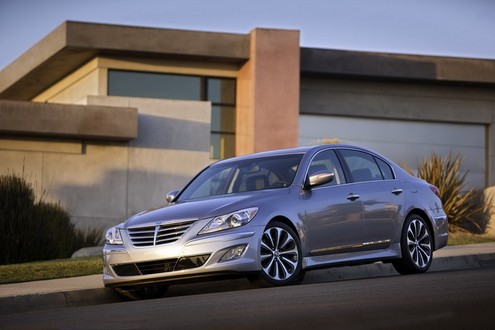 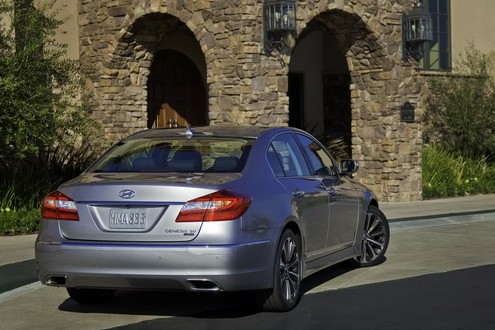 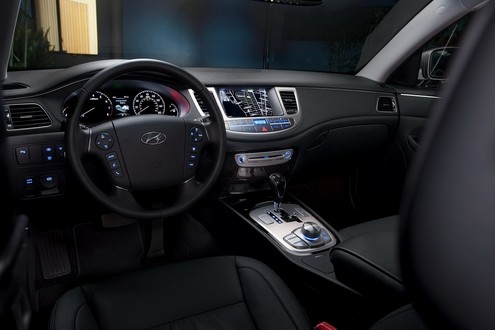 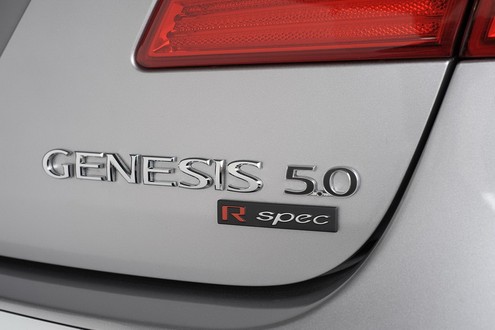 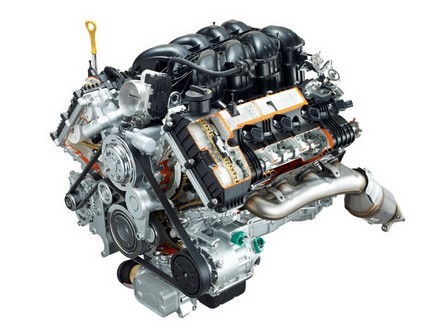