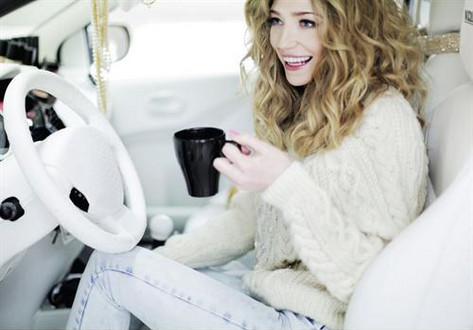 In the latest publicity stunt for the trendy Twingo city car, Renault asked four European artists to go mad and redesign the car’s interior the way they desire. No boundaries.

These artists, well, one of the them is a chef, took the challenge very seriously by the looks things, because some of the design details as you see in the pictures below are actually pretty good.

You might remember a few years ago on Top Gear Jeremy Clarkson came up with this idea and redesigned a Mercedes interior to make it look like his home. That ended up prematurely!

Twingo Goes Pop by Nicola Roberts: This one’s very girly and reflects on Nicola’s life which consists of three things: music, fashion and coffee. So the car gets a coffee machine, combined with clothes, personalised portable music player, hair dryer and a make-up counter in the front.

Twingo 55 FBG by Jean-Charles de Castelbajac: This Twingo features period furniture, candelabras and polished parquet flooring. A nod to the sumptuous luxury of the Elysées, complemented by its matt black bodyshell and white rimmed tyres.

Twingo Reading Room by Nils Holger Moormann: We quite like this one because of its simple idea and great execution. The designer says it is a place of peace, rest and meditation. Features include library, a big sofa, fireplace.

Scabin Pasta Twingo by Davide Scabin: This one’s designed by the Italian chef and features all the components of Italian cuisine with, as a centrepoint for this world of emotions, that essential: pasta. 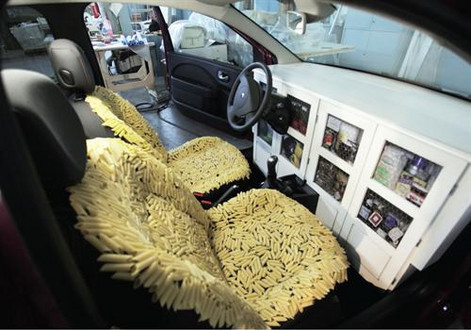 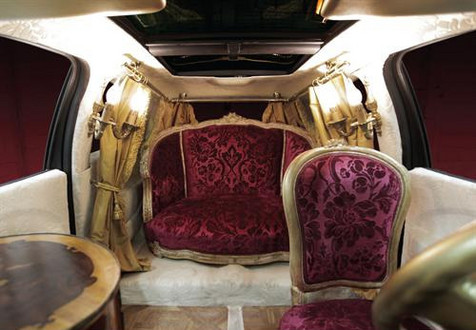 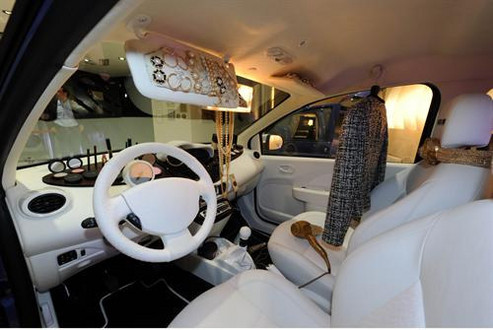 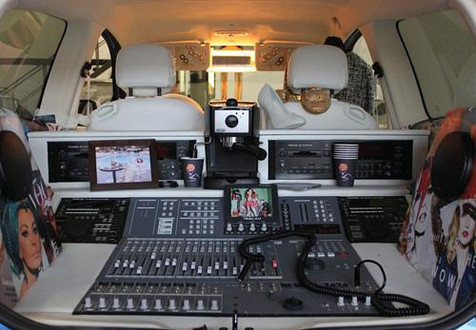 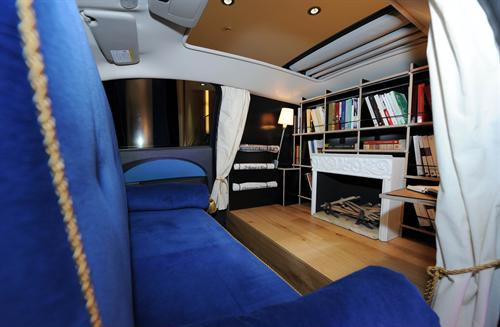 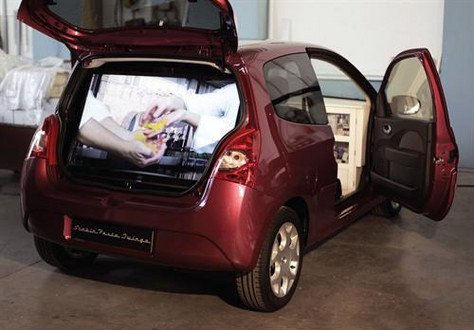