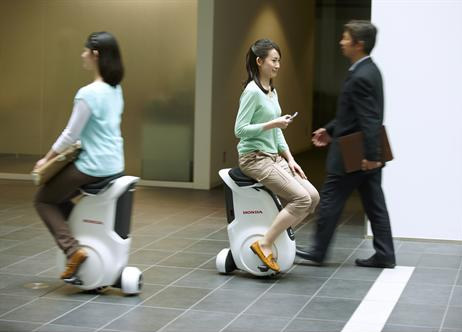 The Japanese are adamant the future of personal mobility is an electric chair. Honda just announced a new one of these wheelchairs called UNI-CUB, an evolution of the 2009 U3-X. Alright, so this thing’s way more than just a wheelchair. It features Honda’s own omni-directional driving wheel system that allows you change direction simply by shifting your weight. Clever stuff.

The rider sits upright on a comfortable saddle and can move forward, backward, side-to-side and diagonally, thus controlling the direction of travel. When the rider is using weight shift control, UNI-CUB’s incline sensor detects the direction in which the rider is leaning, allowing UNI-CUB to calculate the direction and speed intended by the rider. And touch panel control via smartphone and other devices is another convenient control option.

The balance control technology of UNI-CUB is part of the Honda Robotics family of technologies, same they use for the ASIMO humanoid robot. It all feels like something out of a futuristic movie imagining people moving around on this weird things.

This technology still needs a lot of work, of course, as it has some obvious flaws. For instance, it can only be used in barrier-free indoor environments, and it can’t be used by fat people!

Still, Honda believes this is the future of personal mobility. They will conduct demonstration testing of the vehicle later this year, starting with Japan’s National Museum of Emerging Science and Innovation. 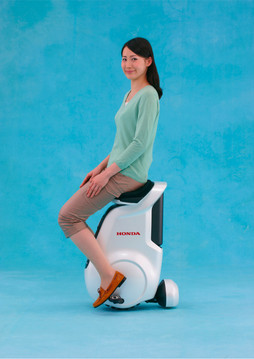 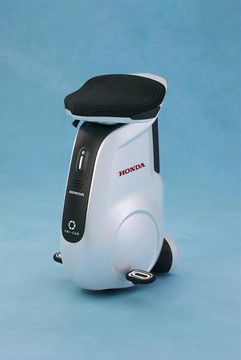