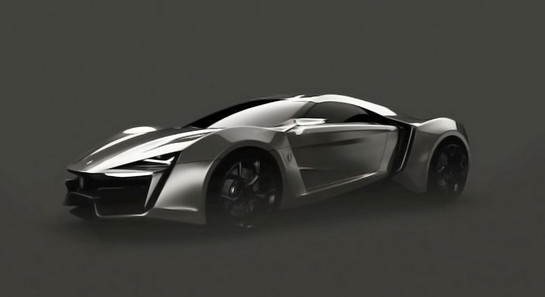 Lebanon is the next country that wants to join the super car makers club. A start-up auto maker called W Motors revealed its plans to launch the first ‘Arab’ super car next year. And they are not messing around either. They’ve already designed this car you see above, which doesn’t look bad at all. They have even partnered up with some big names in the industry.

Magna Steyr Torino, RUF Automobile Germany and STUDIOTORINO were among W Motors partners present at the lavish launch event they held at Sursock Palace Beirut a while ago. Those names are enough for you to realize the Arab super car will have an Italian design and German engineering. That is the best combination possible.

Come to think of it, that’s how Pagani started with the Zonda. The difference is, Pagani factory was never under threat of being bombed by Israel!

Lebanese are sophisticated and talented people. If anyone can pull off making a supercar in the Arab world, it’s them. Karim Habib – the head of design for BMW – has Lebanese roots, and so has Carlos Ghosn – the famous boss of Renault-Nissan. In motorsport we can mention IndyCar champ Tony Kanaan, a Brazilian of Lebanese heritage.

W Motors founder and CEO Ralph R Debbas announced he is going to make two lines of Hyper-sport and the Super-sport cars. No details are available yet on the cars’ specifications.

Ralph R Debbas, Chairman of W Motors s.a.l. stated: “We will be launching 2 different lines of vehicles, the Hyper-sport and the Super-sport. Our first model, the Hyper-sport, will be limited to 5 cars worldwide and will be labeled as the most exclusive high performance car ever made. With signature diamond incrusted LED lights, it is also the most luxurious sports car in the world. In addition, the Hyper-sport W will be the first and only car to ever integrate a fully functional holographic display with interactive motion, gaining years of innovation ahead of competition. This car is simply unique in every single way; every element has been meticulously engineered to give the right balance between power, torque and speed, delivering the ultimate driving machine for a unique driving experience”.