Could 2013 finally be the year that bring electric cars into mainstream popularity with American car buyers? It very well could be, if recent news on electric cars are any indication. After years of sputtering engineering efforts and lukewarm consumer responses, coupled with a miserable economy over the past few years, it’s understandable why electric car manufacturers and car dealers are excited about future prospects.

Motor Trend was clear to point out that it’s really an all-around great car, and not just because of its electric foundation. The site wrote: “At its core, the Tesla Model S is simply a damned good car you happen to plugin to refuel.”

You’ll note that Motorward pitted the Tesla Model S against the 560 horsepower BMW M5 F10 in October, and we too felt that Tesla Model S won hands down. Now it’s up to the U.S. public to see how well they’re interested in plunking down cold cash for an electric car.

It seems that BMW has finally gotten serious about producing electric vehicles. BMW is moving full-speed ahead with electric drives, and has built two prototypes, an electric compact vehicle called the i3 and an engaging plugin hybrid with its i8. The global automaker launched its BMW i8 Spyder in a splashy New York display show called ‘Born Electric‘ from Nov. 13-Nov 18.

BMW i presented its Megacity Vehicle, the BMW i3 Concept, as well as the BMW i8 Concept Spyder. Both cars were displayed as part of the future mobility services under the Born Electric banner. People who visited the BMW display across from Bryant Park in Manhattan learned more about how BMW’s i technology is integrating all aspects of car manufacturing. News of this electric car may help to bolster BMW sales at dealerships across the country.

Doing the fully-fledged ‘Born Electric’ tour shows off the company’s innovations in key ways, particularly by showing how much thinking BMW has invested into the new technology. Plus, one can only surmise that a showcase like the one in New York can only help to open East Coast consumers’ minds about the possibility of looking into electric cars as an alternative to avoiding gas stations with old gas guzzling autos.

While the introductory launch is taking place now, both cars are said to be going into production sometime around 2014. Other reports say the BMW i3 electric vehicle may appear earlier. There is a new official video showing off the i3 and the i8. BMW hopes that the clips will help to show consumers that its team is serious about the electric drive platform. 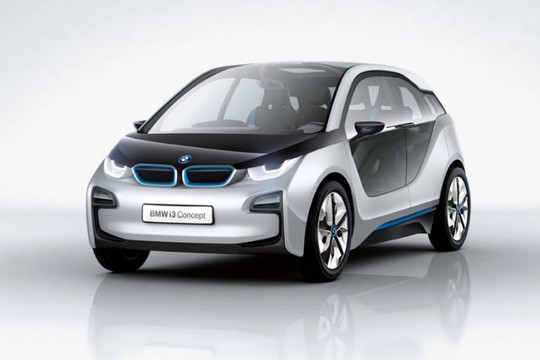 BMW’s President and CEO of North America tried to call attention to these issues recently. “The greatest population increases in the future will occur in the world’s already crowded cities, which will further stress their mobility infrastructure and create a need for new vehicles and technologies that make getting around easier and more efficient,” said Ludwig Willisch, President and CEO, BMW of North America.“ The sole purpose of BMW i is to address these issues and provide solutions that will improve personal mobility for each individual, whether it be by car or other modes of transportation.” 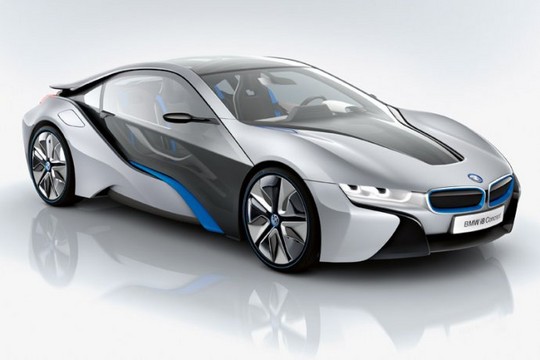 As far as the BMW i3 itself, the electric model will be available to consumers in either full electric format of a hybrid model. Drivers will be able to travel about 80 to 100 miles on one charge from the BMW all-electric model, which weighs about 2,800 lbs. Upon charging, the electric motor will give the car a speedy kick to its acceleration. Numbers from BMW cite that the electric battery should propel the car to about 62 mph in just under 8 seconds. Additionally, The company says the maximum speed of the i3 will top out electronically at 93 mph. And as far as charging the auto, BMW says it should take about six hours for a complete charge on a 220V line, or an hour for a quick top up to about 80 percent of the battery. 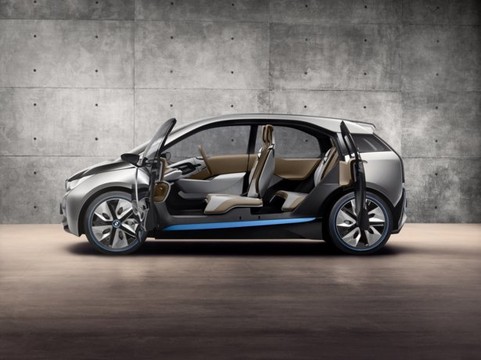 The hybrid version (the BMW i8) is expected to come to market in 2014. It’s a plugin hybrid sports car with a three-cylinder gas engine that works in conjunction with the electric power motor. The car will also have what’s being called a “traditional onboard internal combustion gasoline generator” which will be used to recharge the battery pack. Having this extra generator will allow the car to travel greater distances on the initial charge. 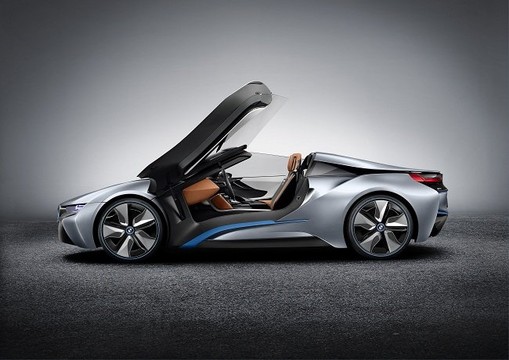 According to some car reports, BMW is trying to keep the cost low enough for more consumers to have a chance at these new type of cars. The number being bandied about is a tentative price of $35,000 for the battery-powered car models. That’s a great price for BMW’s battery models, since they’re being built on the modern auto structure of BMW’s cars that usually have higher prices.

What’s right is the approach that BMW i is taking toward car making: it’s a holistic approach to moving people around. Using cutting edge materials and design, with vehicle architectures and the latest technologies in production, BMW is aiming to deliver an amazing driving experience with clear focus on sustainability and energy efficiency.

Learn more about the electric cars at BMW i in the video below: