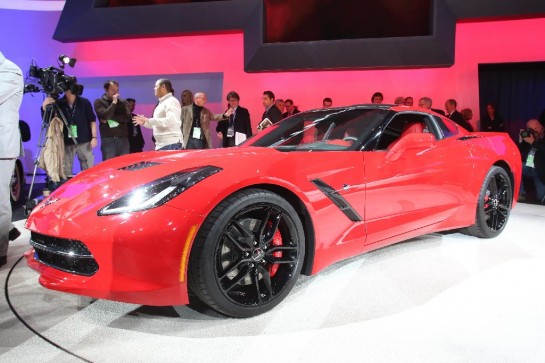 As promised, Chevrolet auctioned off the very first 2014 Corvette Stingray at Barret-Jackson auction in Scottsdale, Arizona, and it went for a staggering $1,050,000. That made Detroit’s College for Creative Studies very happy, because they receive all the proceeds.

That is an extraordinary performance by any standards. $1,050,000 for a Corvette which would normally cost like 60 grand! That shows GM has nailed it this time, and the new Corvette is definitely going to be a hit. When SRT auctioned their first new Viper, it only managed to fetch $300K.

The buyer is NASCAR guru and the owner of the largest Chevy dealership in the country, Rick Hendrick.

This Barret Jackson event was quite successful for GM and their favorite charities. The COPO Camaro convertible sold for $400K, and Dan Akerson’s 1958 Chevrolet Corvette fetched $270k.