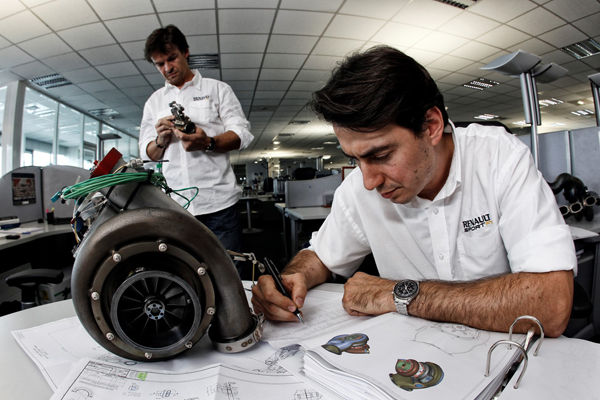 Over the six decades of F1 we’ve seen many different engine displacements and configurations; we’ve also seen performance enhancing components such as turbochargers, superchargers and forced induction. Some of these engine’s have been highly successful, others not so.

With the constant progression of technology evolving in the F1 factories, other systems have been experimented with, and have either been extremely successful or banned. The modern electrical system KERS (Kinetic Energy Recovery System) was initially dabbled with by the McLaren team in 1998, a similar system the cars run today, only power output was smaller and used the engine’s auxiliary pumps instead of the transmission or drivetrain. This was later banned; however, in 2009 the FIA allowed the use of KERS, stating that they “support responsible solutions to the world’s environmental challenges”. 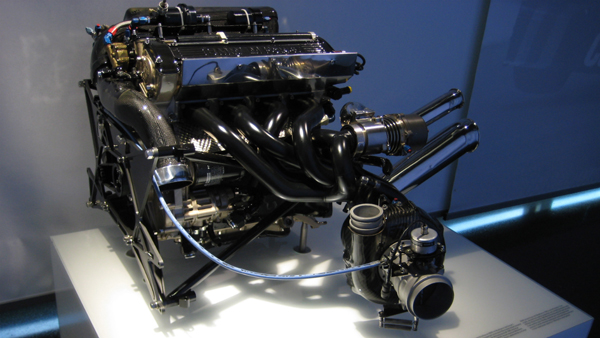 In the mid to late eighties, Brabham used BMW’s M12 and M13 (see pic above) engines, 4-cylinder, fuel gulping monsters that could fire out between 1,300-1500-hp. Although the M12 could be tuned for big power, it wasn’t reliable – not surprising considering this amount of grunt came from a 1.5L engine boosted to a ludicrous 6-bar. 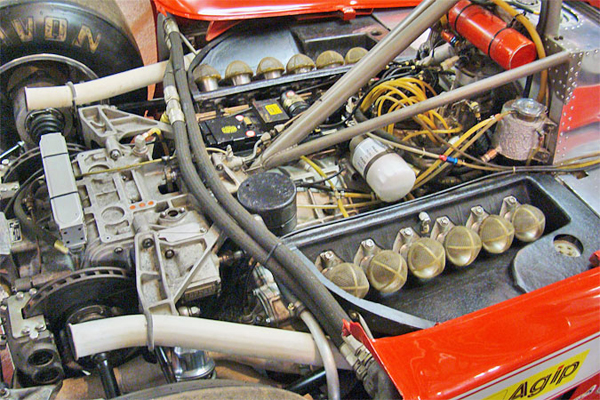 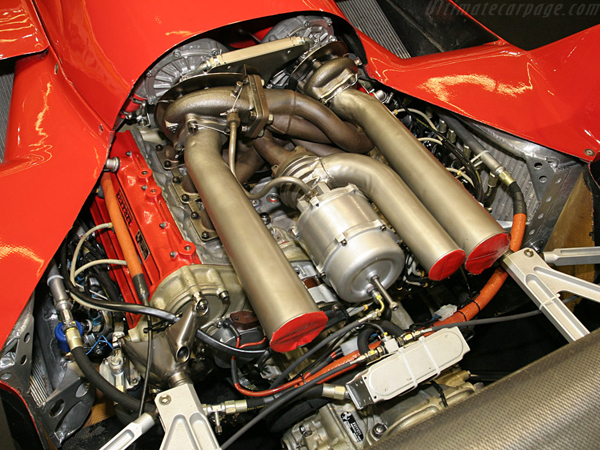 We’ll use another Ferrari engine just to highlight the various engines used throughout F1, as the 312T’s successor was this 126C. Ferrari had to make the transition from their flat-12 to a twin-turbo V6, capable of 600-hp. Ferrari did experiment with a pressure wave supercharger before the turbo installations, but this wasn’t practical due to packaging issues. This setup was unreliable early on but it did produce 10 wins, 10 poles, 12 fastest laps and 2 constructors’ championships. 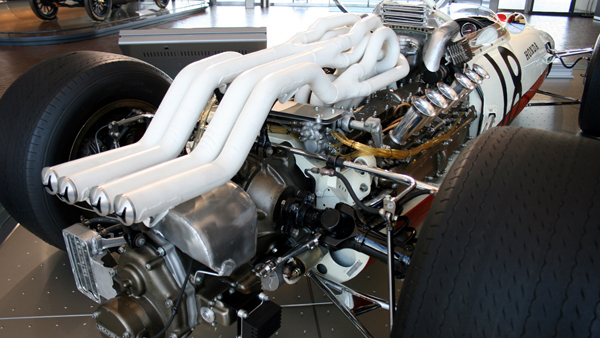 In 1968, Honda produced their RA302, a naturally aspirated (air-cooled) V8 and ran it against their previous water-cooled RA301 used in the Lola cars. Despite the fact it looks amazing it only ran one race, as after Surtees refused to drive it, calling it a “potential death-trap”, Jo Shelesser climbed aboard and crashed on lap 2 of the French GP. Due to its magnesium frame and full tank of fuel, it ignited instantly, killing him. 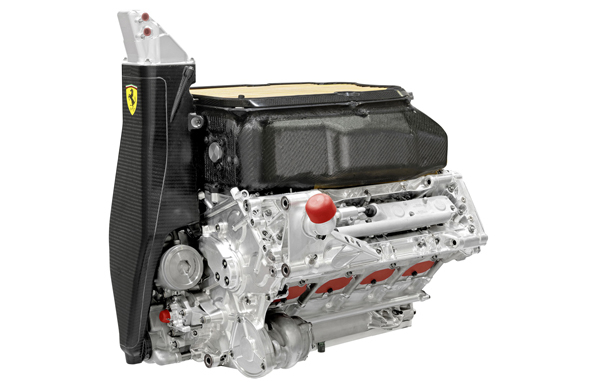 2013 is the last season cars will be powered by the 2.4L V8. KERS will still be a main component in power supply in 2014, as the new engine displacement will be reduced to 1.6 L. The FIA initially wanted the replacement unit to be a four-cylinder engine, but Ferrari complained about the terrible noise they made, and *cough* being close to Bernie Ecclestone (CEO of F1) it was eventually agreed the V6 would make the replacement. 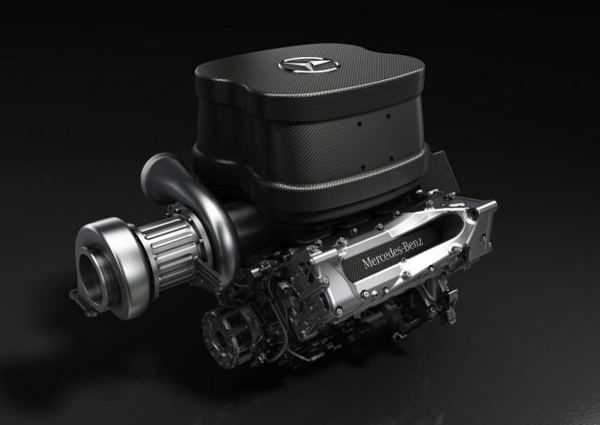 Pictured above is the first image released by Mercedes-Benz for the engine they’ll be using in 2014. Like the aforementioned BMW M12/13 engines, this small displacement unit will be turbocharged. That being said, the hp figures will be half of the crazy eighties era at around 750-hp. It’s reported the engines will be high-pitched, and due to the turbo spooling at 125,000-rpm, it will be very loud.  These engines also produce more torque, especially coming out of corners, so from a spectator view the sport should appear more exciting.

Throw in KERS with twice the previously regulated amount of power (80-hp for 6.7 secs upped to 161-hp for 33.3 secs) and you’ll be witnessing a true test and ability of modern science and technology.

The design and use of a completely different engine it a massive deal for an F1 team, from weight to placement, aerodynamics and a thousand other aspects. So it seems whoever is the most dominant in 2013, doesn’t necessarily guarantee success in 2014.

We’re looking forward to 2014 and can’t wait to hear the combined sound of all those turbo-powered beasts revving before the lights turn green.