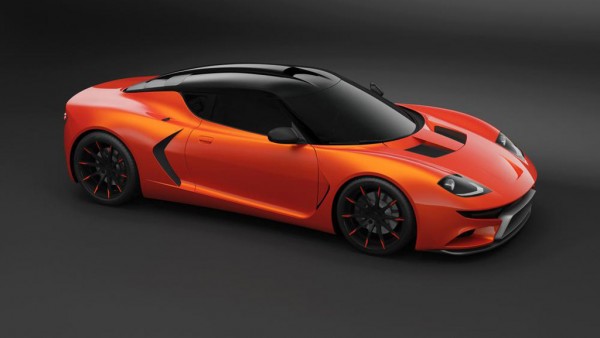 As you may remember a few days ago we ran a report about an exciting new sports car from America, the Bulleta RF22, which, like pretty much every other American sports car, was going to be based on a Lotus chassis and running gear. Well, that’s probably not going to happen, as Lotus has sent us an official note completely denying having any part in the project.

In fact, Lotus guys seem to be a bit annoyed for getting dragged into this malarkey. They say that Bulleta RF22 is “based on nothing but VAPOR,” and that “Lotus is NOT selling Evora chassis to this outfit.”

Now, we did go through Bulleta Motors’ website after we heard from Lotus and didn’t find any reference to Lotus in there. Either they didn’t intend to use the names and trademarks in the first place, or they just magically disappeared later on. At any rate, you don’t have to be a car expert to look at the Bulleta RF22’s shape, its spec, and especially its interior, and realize it is nothing more than a souped-up, rebodied Lotus Evora.

To clear the air on the subject, here’s an official statement from Lotus, sent to us by Kevin Smith, Marketing & PR Communications Executive LOTUS CARS USA:

Nobody from Bulleta has ever directly contacted anyone within Group Lotus or its divisions to inquire about acquiring Evora chassis for a car they intend to build. There was an inquiry made by a third party who also has no affiliation with any part of Group Lotus. Bulleta don’t have access to the Evora chassis through Group Lotus and don’t have the right to use our trademarked names and the likeness of our products on their commercial web site or make unsubstantiated claims in an effort to lend any credibility to their enterprise through our marque’s exceptional heritage and history of engineering prowess.

UPDATE: We did contact Bulleta Motors and got a response from the Company’s co-founder, Mr. Ferris Rezvani. He says they have now contacted Lotus UK, and even if they decided not to sell them the Evora chassis, “Coach builders can buy a car and have the freedom to customize or modify as they wish.” Here’s Mr. Rezvani’s answer (it’s a direct quote, so forgive the typos):

As a coachbulider we have several options for procuring the chassis. 1) we can purchase directly from the factory – dealing with lead times, restrictions, legal registration complexities etc. or 2) just buy the car and do what we want like hennesy did with the Venom GT – allowing freedom flexibility of parts procurement.

We had just started talks directly with Lotus UK when Mr. Kevin Smith of Lotus US, being completely out of the loop started his “vapor”  talk and carscoops looking for contraversy started publishing that the car is fake without ever contacting us. At no time did we ever claim that we would be procurring chassis directly from Lotus.   Selling more chassis would be a great move for financially challenged  lotus struggling with low Evora Sales.  There is currently no agreement with Lotus UK but we did have a  request to Lotus for pricing to see if it makes sense for us.  However buildig the RF22 doesn’t require us to buy direct. Coach builders can buy a car and have the freedom to customize or modify as they wish. This has been the 100 year history of coach building.

I think there is some education that’s needed for those who are not familiar with the art of coach building. we have one RF22 pre sold and working on the second. The controversy has been great as it’s caused a lot of interest and people visiting our site. 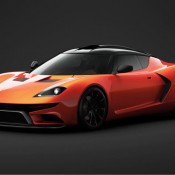 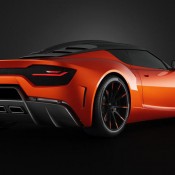 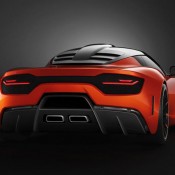 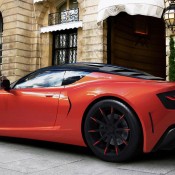 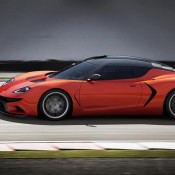 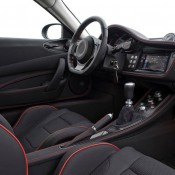