Looks like on their way back to the UK, John Hunt and friends decided to stop in Monaco for the weekend. OK, we should probably elaborate a bit on that. Last week Hunt, accompanied by his children and friends, drove with three of his Ferrari hypercars to Modena to pick up his new LaFerrari, and drive all the way back to Blighty.

We catch up with them midway in Monaco, where the boys are apparently in a casino somewhere enjoying themselves while the Ferrari convoy rests in an underground parking, where they were scooped by DphotographyMC.

Hunt’s Ferrari convoy include the 288 GTO, the F50, the Enzo, and of course, LaFerrari, all of them in red. The man is a big time collector, but he is not the kind that stores the cars in air-conditioned garages and never uses them. He does use his hyper cars alright. In fact, you may have seen some of his cars being driven in a special way on YouTube.

Does that mean the LaFerrari is going to be tortured like his companions in this journey when it arrives in Britain? We certainly hope so. Imagine how awesome it would be to go rallying in a Ferrari LaFerrari! 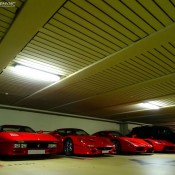 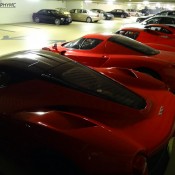 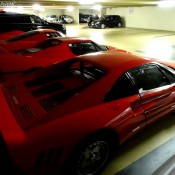 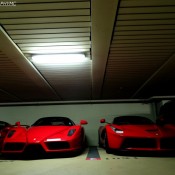 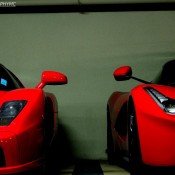 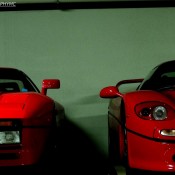 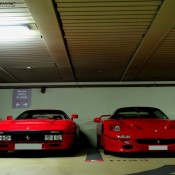 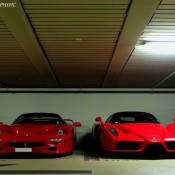 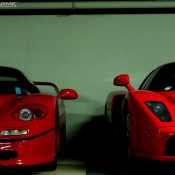 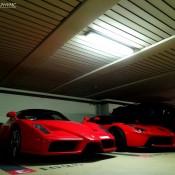 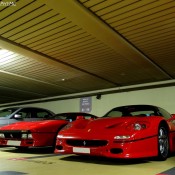 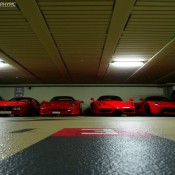