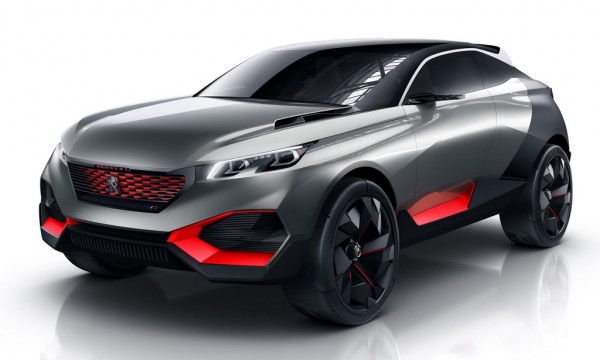 The 2014 Paris Motor Show is just around the corner and as usual French car makers are planning to flood the place with lots of concepts and new models. This is only one of Peugeot’s concept cars headed for Paris debut and probably the most interesting one. Meet Peugeot Quartz Concept.

Pitched as a cross between a SUV and a sedan with the body of the former and the cabin and driving feel of the latter, Peugeot Quartz revisits the concept of crossover and takes it, at least design-wise, to the next level. The car has an extremely dynamic design with features like short over- hangs, flared arches and massive 23-inch wheels. It is fairly compact though, at 4.5m long and 2.06m wide.

Other highlights of the design of Peugeot Quartz include glass roof, LED lights, a chequered pattern that shifts depending on the angle you view it from, and two spoilers aligned with the Coupe Franche separator between the two QUARTZ finishes: mineral grey at the front, inspired by rock crystal, and matt black for the rear wings, offset by occasional splashes of red. 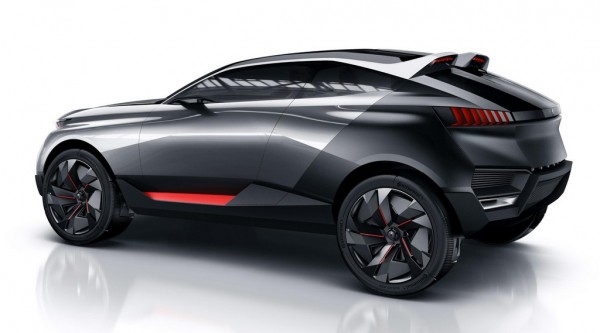 Mechanically, Peugeot Quartz Concept is based on the 308 platform but it is powered by a plug-in hybrid drive train comprising a 1.6-litre THP 270 petrol engine and two 85kW electric motors. The system has a combined torque output of 330 Nm distributed between all four wheels via a six-speed automatic transmission.

If you decided to visit Peugeot’s booth at Paris Motor Show make sure you also check out the Exalt and the 208 Hybrid Air. And while you’re there keep telling the company’s officials that they should make the Quartz! 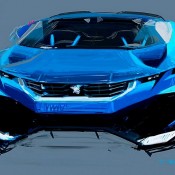 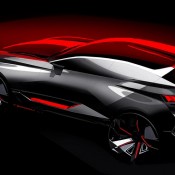 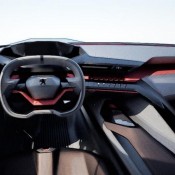 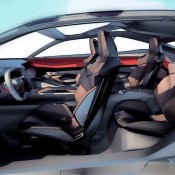 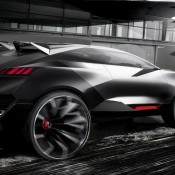 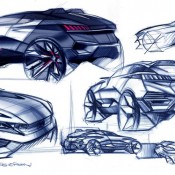