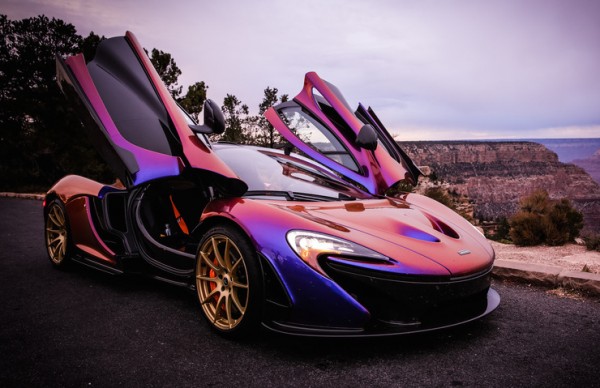 Baseball player C. J. Wilson takes the notion of work hard, play hard to a whole new level. That is evident in car buying habits, especially this unique Purple McLaren P1 he has recently acquired. He didn’t mess about with normal colors. He wanted to stand out, so he got a chameleon!

Wilson’s Purple McLaren P1 has a unique color called cerberus pearl, paired with brushed gold wheels and bare carbon parts. The car changes color depending on the angle of the light that hits it, but most of the times it looks a nice shade of purple. In the gallery below you see the car at Grand Canyon which is the perfect backdrop to these shots.

Wilson Instagrams a lot about his life and these days the P1 is a big part of it. He says the car can really do 35 mpg and that is great fun to drive. Hs’s also dodged a couple of tickets in this car, presumably thanks to its silent electric drive mode. McLaren P1 can run on electricity alone for about 20 miles before its huge bi-turbo V8 engine kicks in. Together, the petrol and the electric motors make 916 horsepower which is enough to give the car a top speed of 350 km/h. 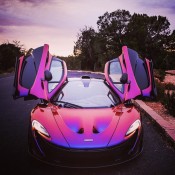 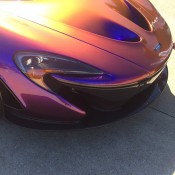 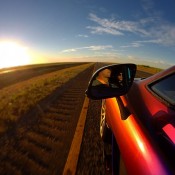 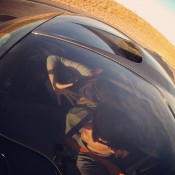 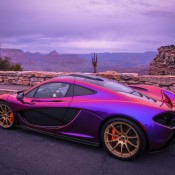 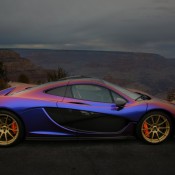 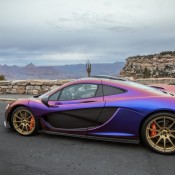 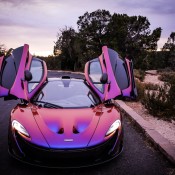 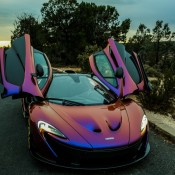 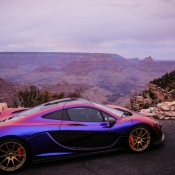 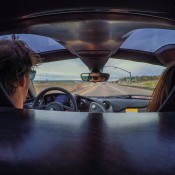 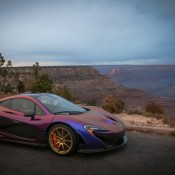